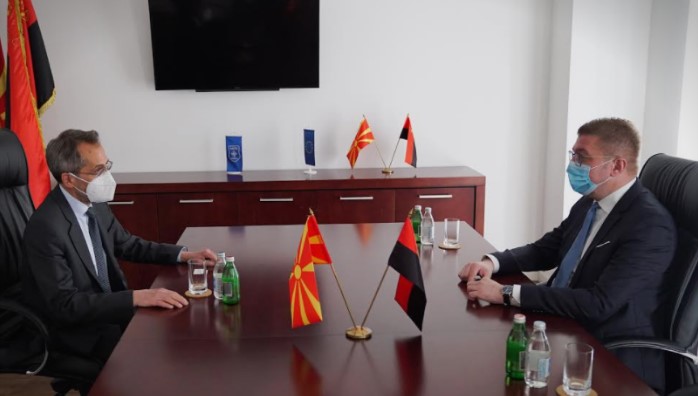 The meeting focused on the current developments in Macedonia, as well as Macedonia’s EU accession process.

Mickoski reaffirmed his position on EU membership and stressed that Macedonia has been outside the European path for too long.

He emphasized that the government failed to protect the citizens sufficiently and in time during the pandemic, it was too late with the procurement of vaccines, and when it had the opportunity to procure them on time, it saw an opportunity to earn commissions, leaving the citizens unprotected, and their lives at risk.

The VMRO-DPMNE leader underlined that it is necessary to respect the principled views on the identity features and benefits promoted by the European Union itself.