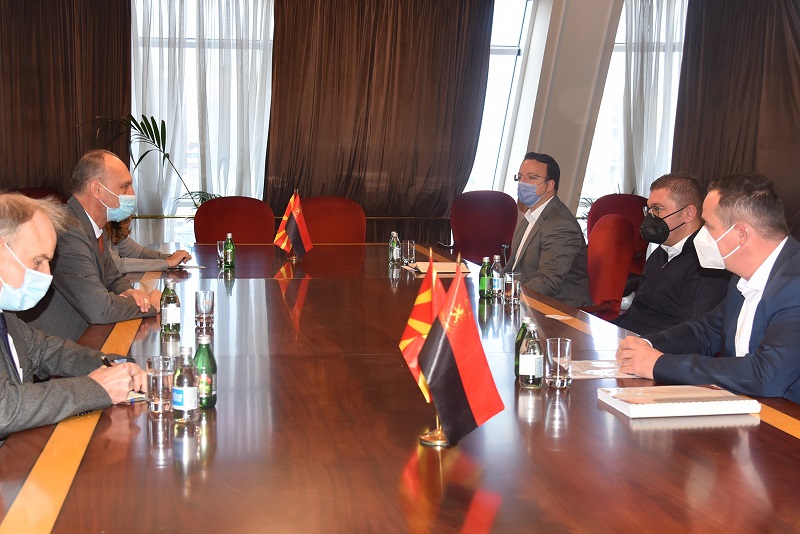 The meeting, which was attended by party vice president Aleksandar Nikolski and Igor Nikolov, focused on the current political, economic and health situation caused by the pandemic.

The new French Ambassador Baumgartner was briefed on the corona consequences that the country is facing in terms of health and economy, and they also talked about Bulgaria’s veto on Macedonia’s EU path. 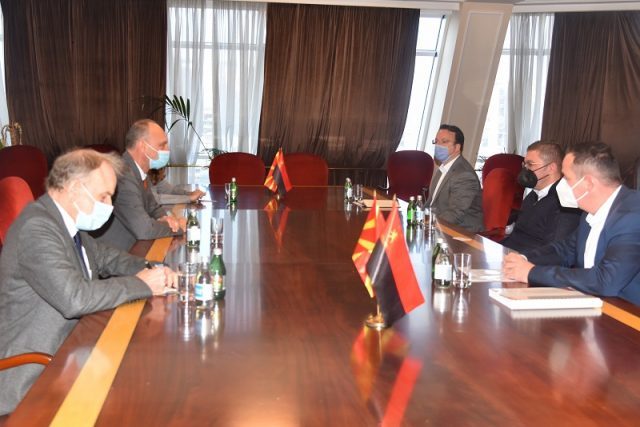 At the meeting with Ambassador Bomgartner, they also talked about the traditionally good cooperation with France, where it was concluded that there is room for deepening the economic cooperation. Mickoski thanked for the continuous support that France gives to Macedonia in the EU integration process.

Micoski informed the new French Ambassador that VMRO-DPMNE as a political party has clear and concrete policies that will put the Republic of Macedonia on the right path, and have a positive impact on EU membership.

Mickoski thanked the Ambassador of France for the meeting and stressed that he hoped such meetings will continue in the future for fruitful cooperation.

There are no basic things, beds and oxygen and no one is held accountable for that!

Mickoski: I am target of black propaganda because I do not make deals with crime