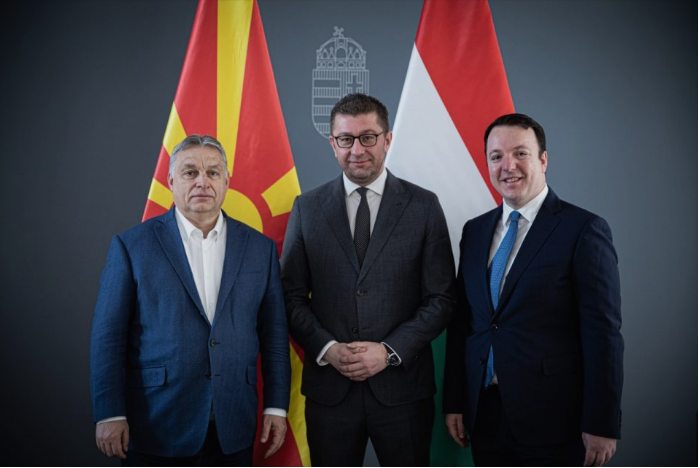 VMRO-DPMNE President Hristijan Mickoski met with Hungarian Prime Minister Viktor Orban in Budapest today, to discuss the prospects of opening EU accession talks for Macedonia. Mickoski said that he is urging the opening of accession talks despite the high levels of crime and corruption perpetrated by the current socialist led Government.

The citizens and the country should not be held hostages to the disastrous policies of Zoran Zaev and his Government. There is no more time to lose. We need a date to open EU accession talks and VMRO-DPMNE guarantees that we will put in place a serious plan to implement reforms that would place the country on a fast track to join the European Union and to make up for the lost time, Mickoski said following his meeting with Orban.

The Hungarian member of the European Commission Oliver Varheyi holds the key enlargement department, which has been greatly supportive of the opening of accession talks with Macedonia. Mickoski noted that Macedonia is currently failing in the requirement to fight corruption and named numerous examples where former Prime Minister Zaev is caught influencing the judiciary and using it to meet his political goals. 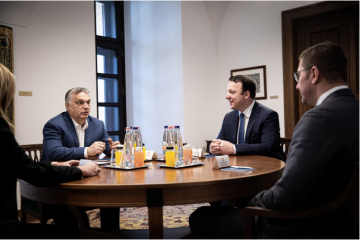 With the coming European Council, Mickoski asked Orban to use his influence and to call on other heads of EU member states to allow Macedonia to open the accession talks, based on the promise of reforms and the fight against corruption that will follow the April 12 elections.

Mickoski also expressed his concern about the growing attacks on the free press perpetrated by the Zaev led Government, as well as other critics in the public sphere. Last week an outspoken critical journalists was sentenced to six months in prison for revealing evidence of Zaev’s links to the major racketeering scandal.

Mitovski sentenced to 6 months in prison: Government wants to silence our journalists