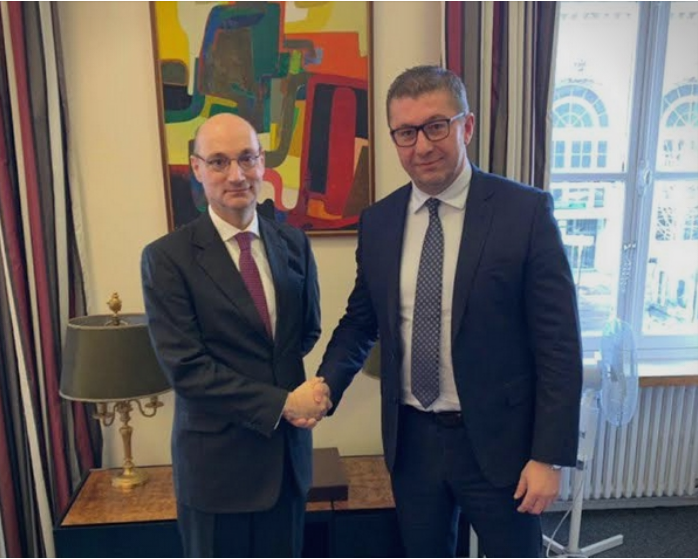 VMRO-DPMNE leader Hristijan Mickoski and party officials who accompany him in Paris met with representatives of the French Foreign Ministry.

During the meetings, President Mickoski emphasized that his strategic priority is to have Macedonia join the European Union. This progress will depend on implementing reforms and improving living standards. Also necessary are quick steps to change the situation of growing crime and high level corruption and to reform the judiciary which is currently obstructing the normal functioning of the Macedonian society, VMRO-DPMNE said in its press release.

Instead of the Prime Minister being an obstacle to the rule of law, he needs to be its chief proponent Mickoski told the officials he was meeting in Paris.