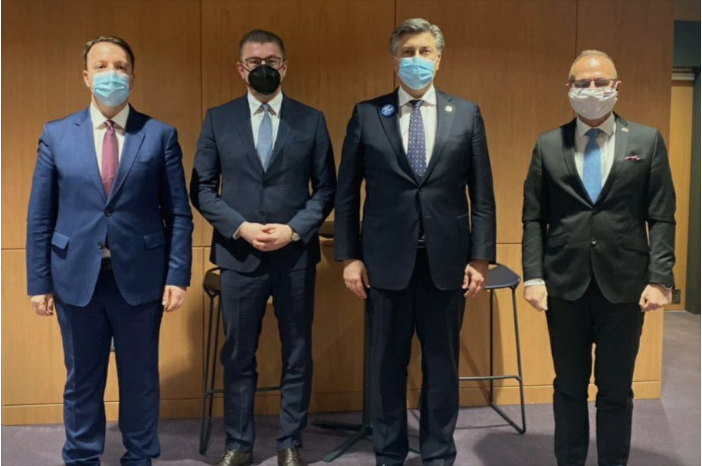 VMRO-DPMNE President Hristijan Mickoski met with the Prime Minister of Croatia Andreja Plenkovic, who is also leader of HDZ, the sister party to VMRO-DPMNE. Mickoski is on a regional tour that took him to Budapest and Ljubljana. The meeting also included VMRO Vice President Aleksandar Nikoloski and Croatian Foreign Minister Gordan Grlic Radman.

Mickoski is using the tour to push for the opening of EU accession talks for Macedonia, currently blocked by Bulgaria, after a lengthy veto by Greece and a short-lived one by France. Mickoski expressed his gratitude to Plenkovic for Croatia’s support for Macedonia’s integration.

Despite the promises, Macedonia is facing rising poverty, a ruined business climate and corruption is run amok. The region and the world go forward and succeed, while Macedonia deals with stolen elections, a census which is being prepared to be a forgery, politicized judiciary and selective justice. This needs to change, Mickoski said after the meeting. 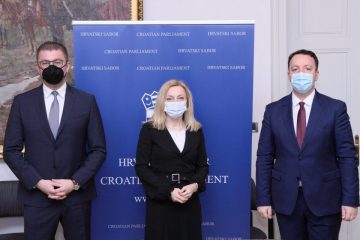 While in Zagreb, Mickoski met with outspoken Macedonian supporter, member of Parliament Marijana Petir. “We are grateful to Petir for her hard work and dedication to promote Macedonian interests”, Mickoski said.

Mickoski urges Macedonians to fully participate in the census

Mickoski: The Government runs an expensive campaign to persuade the public that we are just as bad as them