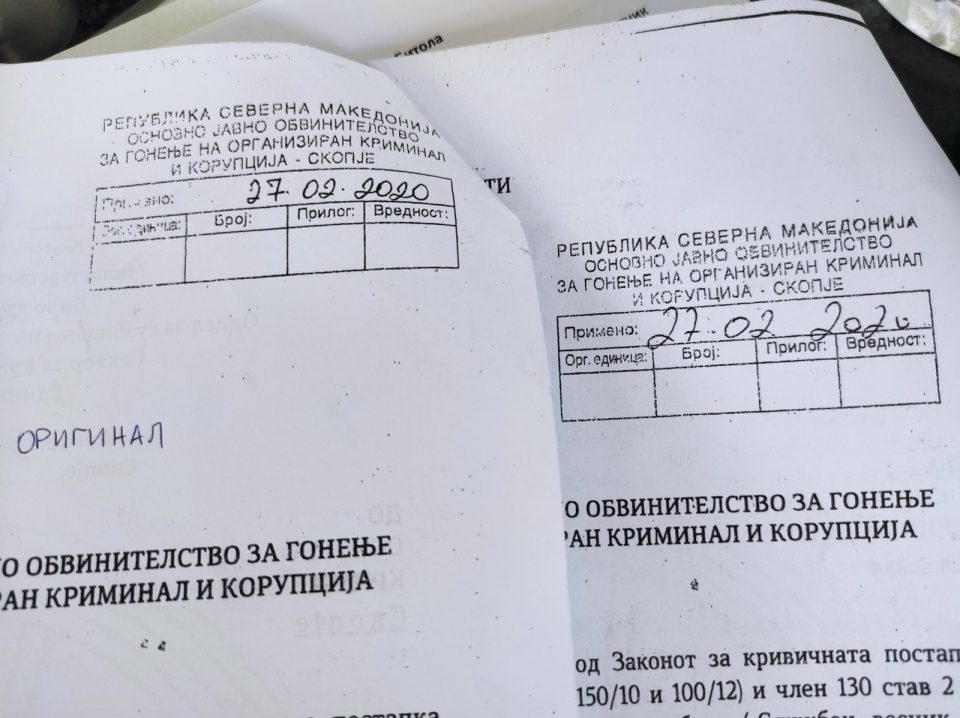 During a TV interview on Friday evening, VMRO-DPMNE President Hristijan Mickoski discussed the major scandal which his party broke this week, implicating the Zaev family in extortion of a mining company from Bitola. Mickoski, who was director of the state run ELEM power company until Zaev grabbed power in 2017, revealed a police report showing that Zaev’s brother Vice was extorting a mining company from Bitola who won a portion of the contract to dig coal in the REK Bitola power plant. Hours before the interview, three police officers were detained, suspected of leaking the police report which incriminates Vice Zaev, in an apparent attempt to cover up the scandal and punish whistleblowers.

One of the two owners of the extorted company turned to me, and described what he went through. I urged him to go to the police and to give his statement there, and I presume he did. Now we see that the police report of his questioning is falsified and there are two versions. The stamp and the archive number are the same, but the text is different, Mickoski said.

Vice Zaev’s name was deleted from the version of the report that was then forwarded to the state prosecutor’s office, in an attempt to deflect the investigation away from the Zaev family. Mickoski said that this was likely done by organized crime police chief Laze Velkovski, who was recently removed from his position.

Vice Zaev was pushing the mining company owner Vasko Vasilev to give the contract he won with REK Bitola to SV Invest – a company which is part of the Zaev family businesses. When he refused to do so, Vice Zaev demanded “damages” to the tune of 250,000 EUR, and when this also didn’t happen – he got REK Bitola to cancel the contract with Vasilev’s company. Mickoski accused then REK Bitola manager Vasko Kovacevski, who was in the meantime promoted to ELEM director by Zaev, of being part of the extortion attempt.

Vasilev’s company Rubiton Bitola was denied entry to the coal mine and faced various other obstructions in working on its contract. Vasko Kovacevski called up one of the owners of Rubiton and told him to give away 75 percent of his contract to the SV Invest company. The reply was that this is not possible, that Rubiton won the contract, and needs to continue working on it. Kovacevski then demanded that the entire contract is given away, citing the coming name change referendum as a reson – the money were needed for that purpose. Kovacevski eventually made the request that Rubiton pays 250,000 EUR in cash – a quarter of the entire contract. Those money were supposed to be given to Vice, Mickoski said.