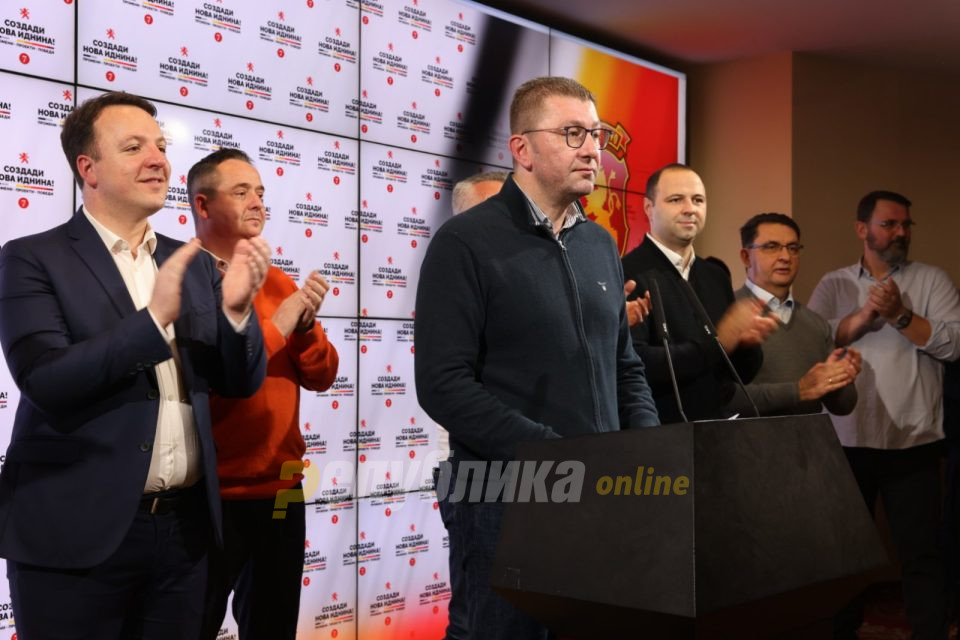 In an interview with Skopje Info, VMRO-DPMNE President Hristijan Mickoski announced that he will use the coming congress of the opposition party to announce a number of new policy changes and new party officials. Mickoski is running for re-election as party leader at the congress, after securing a major victory over SDSM in the local elections.

I will offer chances in staffing and in party concepts. I believe that these changes will strengthen the party, and will open a new phase in our activities, open us more the broader public and mobilize the intellectual capacity we have toward advancing our country. It is important that we take over the helm and show how things are done, Mickoski said.

In the interview, Mickoski discussed the attempts by the SDSM led coalition to expand their numbers in Parliament by adding the Alternative party to their ranks, even after the major defeat in the local elections.

Sustaining this majority in Parliament is not the result of the will of the citizens, but of the lucrative interests of those who gathered around the Government. Zaev is prepared to pay any price to keep is criminal coalition afloat. He is making up new Government departments to satisfy all political appetites. Setting aside what ethnic group the minister is, all of the 19 departments are led by incompetent people. This will be a short lived Government, but the sooner they go, the less damage they will do, Mickoski said.