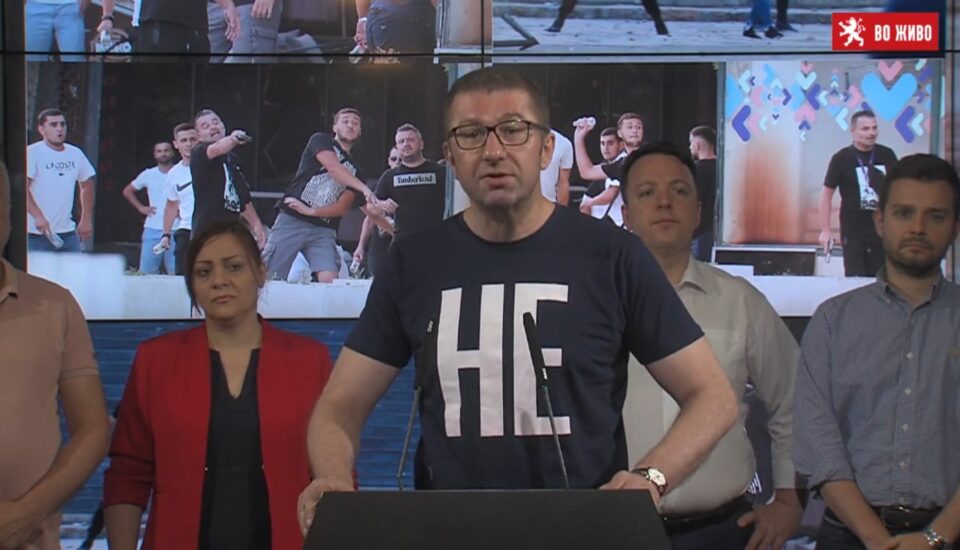 A serious incident happened tonight, which by all parameters is a typical police orchestration whose goal was either the murder of an innocent citizen, a mother with a child, a pensioner, a young man or my murder and this was supposed to look like an inter-ethnic conflict, but in fact it is nothing more from the struggle for power, seats and functions of the parties that are part of the Government, the leader of VMRO-DPMNE, Hristijan Mickoski said at Wednesday’s press conference, urging the citizens for calmness in, as he said, these difficult times.

This has nothing to do with inter-ethnic intolerance, only with struggle for power. Among other things, for a long time I have been receiving informal information about my elimination ordered by the government. I did not attach importance. Tonight we saw at least two people with firearms who were ready to do that, said Mickoski.

He accused that the police were not in the required place and a small group of about 10 people armed with firearms appeared mysteriously. 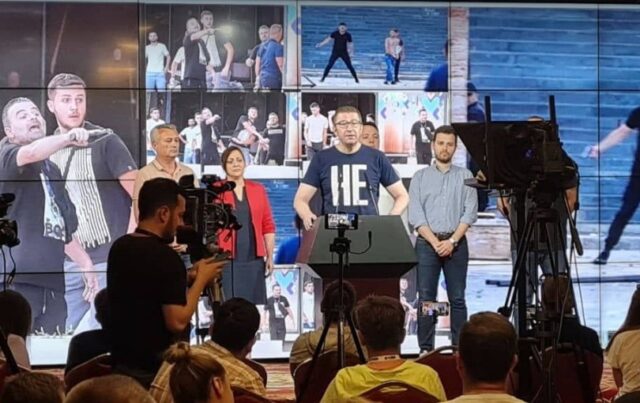 They even fired several shots which only by sheer luck did not end up in the thousands of people who came out to peacefully protest against this government. I want to remind you that this scenario was announced by the government, the Minister of Foreign Affairs, Bujar Osmani. He announced that there would be inter-ethnic tensions, if the proposal covering assimilation and Bulgarianization of Macedonia did not pass. Kovacevski and Spasovski continuously build a militant context of creating tensions and division. Announcement of Molotov cocktails, sacrifices and the like. And that after they failed, and that was the scenario of throwing in police infiltrators, which will cause incidents, and for which the peaceful and dignified people will later be blamed. Tonight they reached the peak of their monstrosity, where a human life had to be lost, one or more so that they could stay in power and what is more terrible to continue stealing, accused Mickoski.

Pointing to a photo of the event, he emphasized that it shows a gun and “the people who are not afraid of it”. 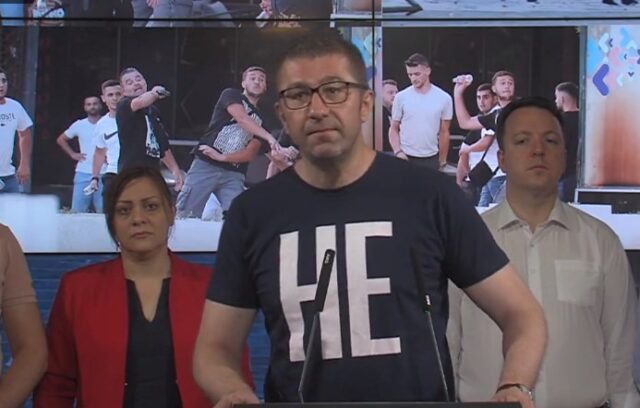 That is the message from the government. I promise you that we will not forget this picture. He was targeting someone’s innocent human life. Ethnicity is not the most important thing in these pictures that we see. Here we see criminals, instigators of the government who, together with the government, go against the people. And don’t try to say that people belong to one political option or another. They have one side, and that is the side of crime and the fact that they have close ties with the government they work for, Mickoski said.