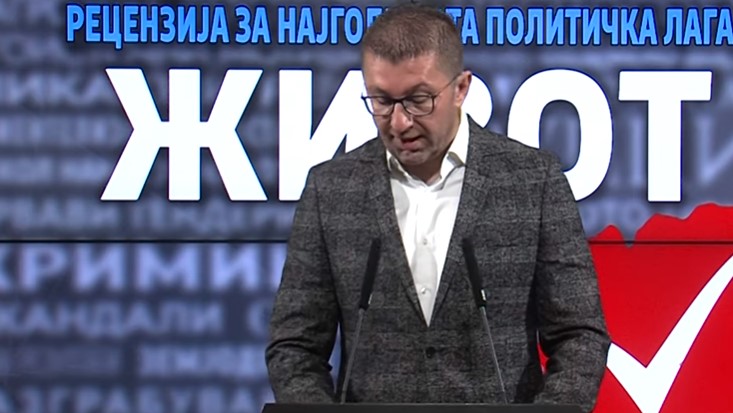 Asked about the Mini Schengen regional initiative, whose summit was held in Ohrid today, VMRO-DPMNE leader Hristijan Mickoski replied that the only alternative for Macedonia is to join the European Union.

We have no alternative other than full EU membership. We’ve said it before that any initiative that improves the lives of our citizens should be seized, but this can be done with bilateral treaties. I honestly have no information about what is being discussed there, what they have decided on, what is Zoran Zaev signing us up for now. I asked for an explanation during our meeting in the President’s office and I received two sentences which contained nothing of essence. But, I will repeat that, for Macedonia there is no other alternative than EU membership, Mickoski said.