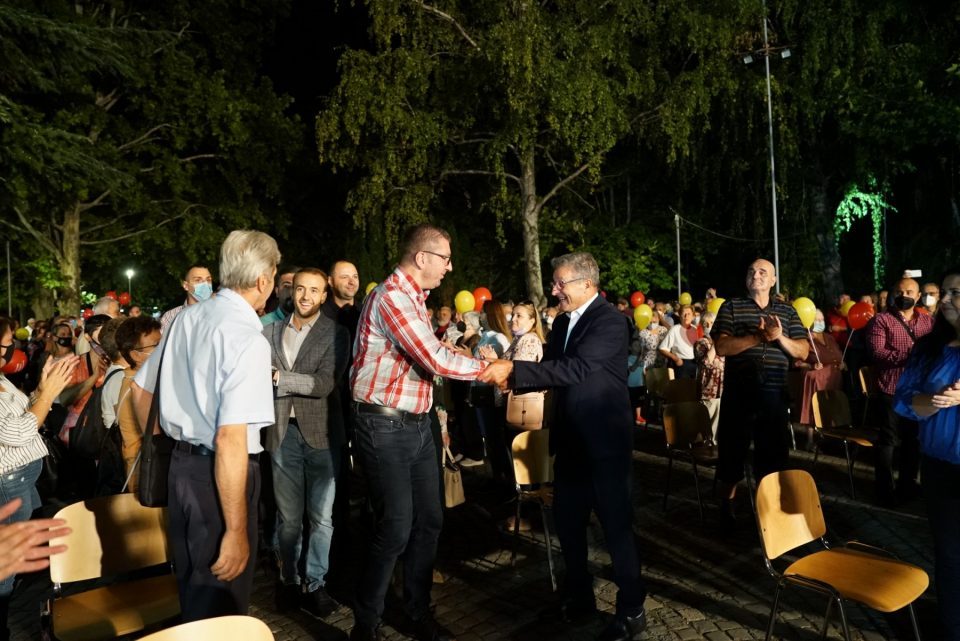 If the opposition wins in the first round of the local elections on October 17th, a new parliamentary majority will be formed by the second round, said VMRO-DPMNE President Hristijan Mickoski. The Zaev regime clings on to just a few votes majority in the Parliament, and according to Mickoski, a defeat in the local elections will completely delegitimize it.

These are local elections, but at the same time, this is an election about the type of country we want to live in. An opposition victory on October 17th will lead to a new Government and this criminal Government will collapse between the two rounds, Mickoski said during the rally in Gjorce Petrov this evening.