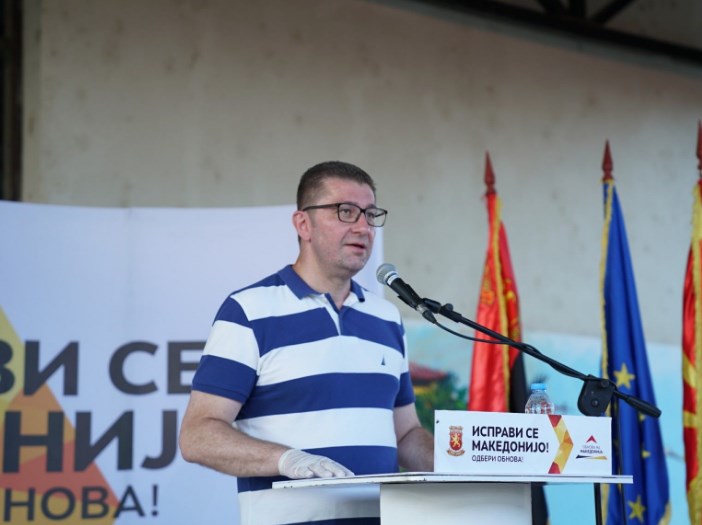 VMRO-DPMNE President Hristijan Mickoski said that the first action of the party in the new Parliament will be to propose a law to examine the property of politicians. All politicians who will be found to have amassed wealth whose origin they can’t explain will be taxed by up to 70 percent.

Regardless of whether we go forward in the ruling majority or in the opposition, our first step will be the law to examine the origin of the property of politicians and top ofice holders. Yesterday Zoran Zaev said that he would support such a law and we expect that other parties join in with their support as well, Mickoski said.

The conservative leader has offered to have the process begin with himself, but has said that Zaev’s family businesses will have to be investigated as well. A leaked tape recently showed Zaev bragging that he has 8.5 million EUR, far more than he has reported publicly, and he was directly involved in many high profile corruption scandals and racketeering.