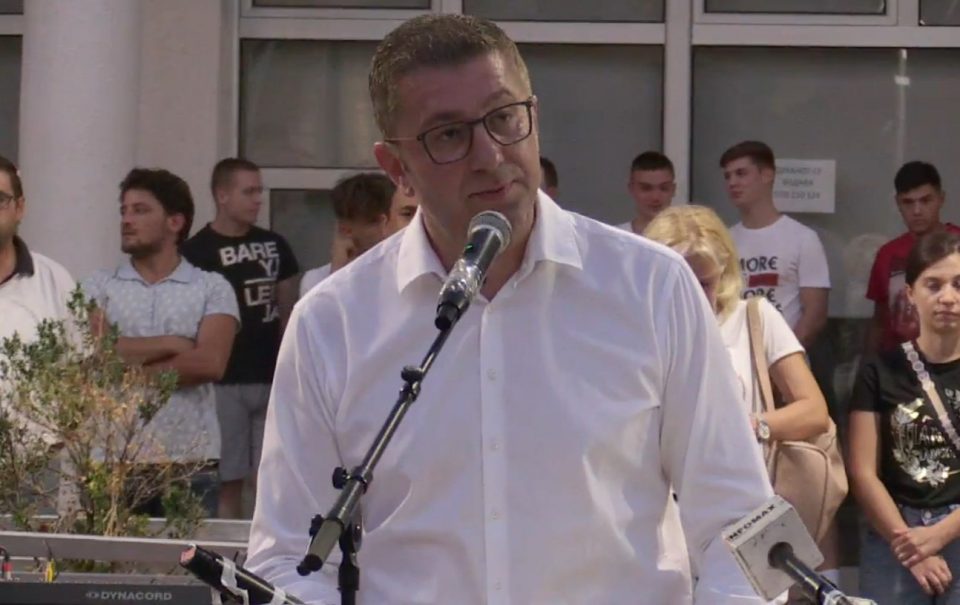 VMRO-DPMNE President Hristijan Mickoski had an event in Stip this afternoon to promote the party’s mayoral candidate Ivan Jordanov. Mickoski presented 10 positions that Jordanov and all other mayoral candidates from VMRO will follow after assuming their office.

The candidates will end the practice of hiring people whose only qualification is political loyalty and will introduce merit systems and competency requirements in local administration hiring. The VMRO mayors will be required to put an end to business ties to local oligarchs, which often affects the zoning decisions in favor of business interests. In VMRO-DPMNE ran municipalities, the local authorities will be required to increase the parks and other green spaces. Special needs citizens will be a constant focus of attention, Mickoski said.

The other planks for the local elections include a stop to using public funds for feasts, thinly disguised as official functions. In four years, all urban areas will need to be covered with a pipeline and sewage system. VMRO-DPMNE mayors will need to fight to open more jobs in their towns and cities. Their administration will need to be transparent and accessible to the citizens. Here Mickoski condemned the incumbent Mayor of Stip Sasko Nikolov from SDSM for his penchant to tour the local TV shows while ignoring the citizens affected by record job losses in the city’s textile and shoe industries.

Finally, the mayors from VMRO-DPMNE will be required to surpass the promises from their pre-election campaigns and to remain modest and never forget that they work for the citizens. The local elections take place on October 17th, and it’s expected that the outcome will determine how long the SDSM led Government will survive.