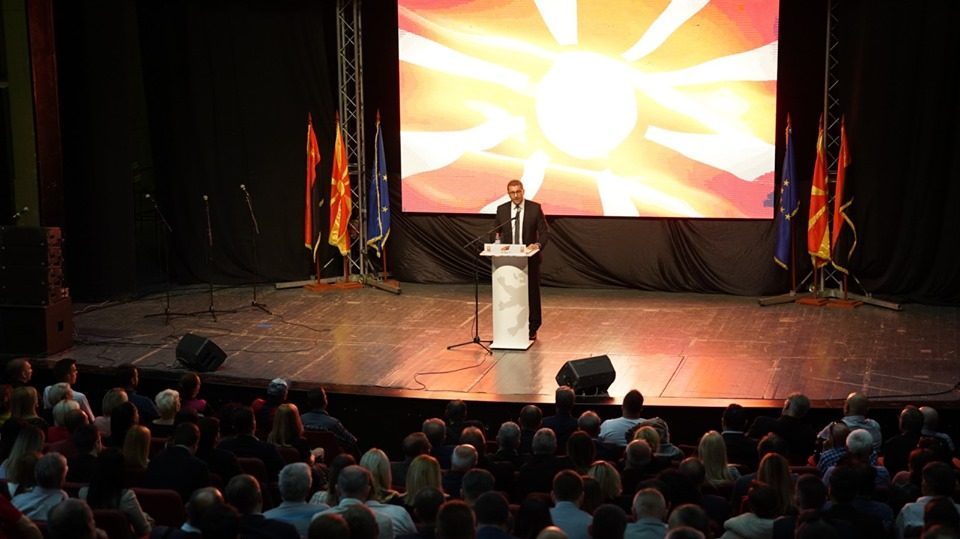 Confident in election victory, VMRO-DPNE President Hristijan Mickoski said Wednesday in Prilep that the main challenges come after the formation of the new government. The party held a major conference on the day of the founding of the historical VMRO – in 1893 in Solun.

There is a renewal that we must fight for. And the renewal is the dream of Macedonia as we have always wanted and deserved. A proud, upright, European-integrated, technological tiger in the Balkans, with working zones, with factories opening, with functioning healthcare, he said.

Mickoski insisted that his first order of business as Prime Minister will be to look into the origin of income for office holders, and prepare laws to confiscate property that can’t be explained by any other means except by graft. He also said the party will push to abolish the statute of limitations on financial crimes, to make sure the perpetrators of unlawful take-overs of public property, or those who benefited from their political ties, are held responsible.  But, he also warned those in his own party that he will not tolerate any reports of corruption, especially not after the experience with the rampant racketeering under the Zaev regime. 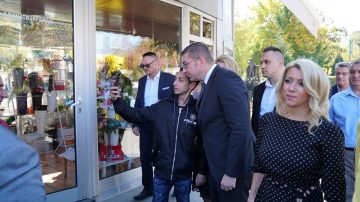 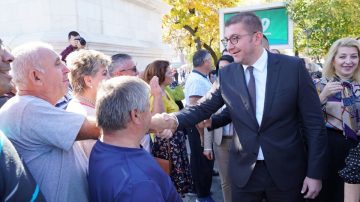 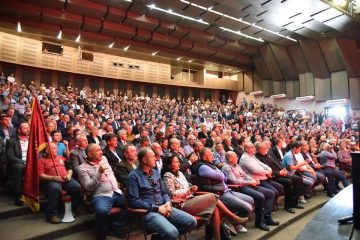 On the burning issues of the challenged national sovereignty and the need to pursue EU accession, Mickoski said that VMRO-DPMNE will not rely on “national romanticism” to pick up votes, but will also not be irresponsible toward the national interests.

We need to put our country on a fast track to the European Union. We will institute reforms and win a date to open accession talks, and open negotiating chapters which will make the lives of our citizens better, the opposition leader added.

He predicted that Zoran Zaev will try to portray VMRO as the opponent of Macedonia’s European future, as it is the only card he can still try to play in the elections.

We are not nationalists, we are patriots. Zaev is as much a pro-European as he is an honest person. His character and Europe don’t go together. Even it was his defeat in Brussels, we all now have to live with the consequences. While he was in Brussels, to soften Macron up as he said, his members of Parliament were working to push through a law to expand his marijuana plantations under the guise of an EU reform law. Do you really think that Europe is not aware that the Prime Minister of our country is neck deep in crimes? He sets records in crime. That there is an organized group of people in the Government who are extorting businessmen and trading judicial verdicts, Mickoski said. According to the VMRO leader, following the NATO accession and the defeat of the EU push, there is no reason to keep Zaev in power.