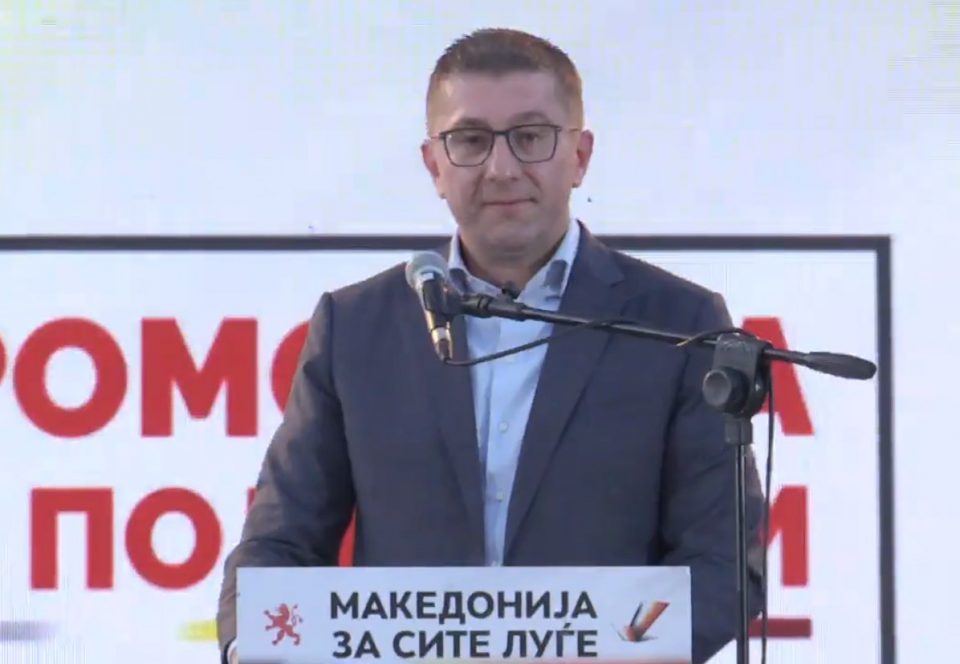 VMRO-DPMNE President Hristijan Mickoski was in Skopje’s Butel district today, to meet supporters and promote the mayoral bid of the VMRO candidate Darko Kostovski at the local elections in October. As in previous such rallies, Mickoski gave 10 instructions to Kostovski, on how he must act once elected Mayor. As Butel is facing serious issues with criminals with links to the local authorities, Mickoski urged Kostovski to put an end to this relationship.

The reign of local thugs must end. We need to bring this city to its people, the honest people. We will end the practice of thugs entering the office of the Mayor like they own the place and calling al shots. Remember, they will quickly end their ties to the current Mayor after the elections and the first thing they will do is try to ingratiate themselves to the new leadership. They need to know that you will not let them, Mickoski told Kostovski.

The opposition leader also pledged that the new leadership of Butel will reign in the overdevelopment and protect green spaces, as well as opening the town hall to the citizens. Item 10 on the list is to use the local elections as a means to bring a new Government in office that loves Macedonia.

These elections are about the type of future we want. They lashed out at the people, at our dignity and our living standards. But we will turn things around, Mickoski said.