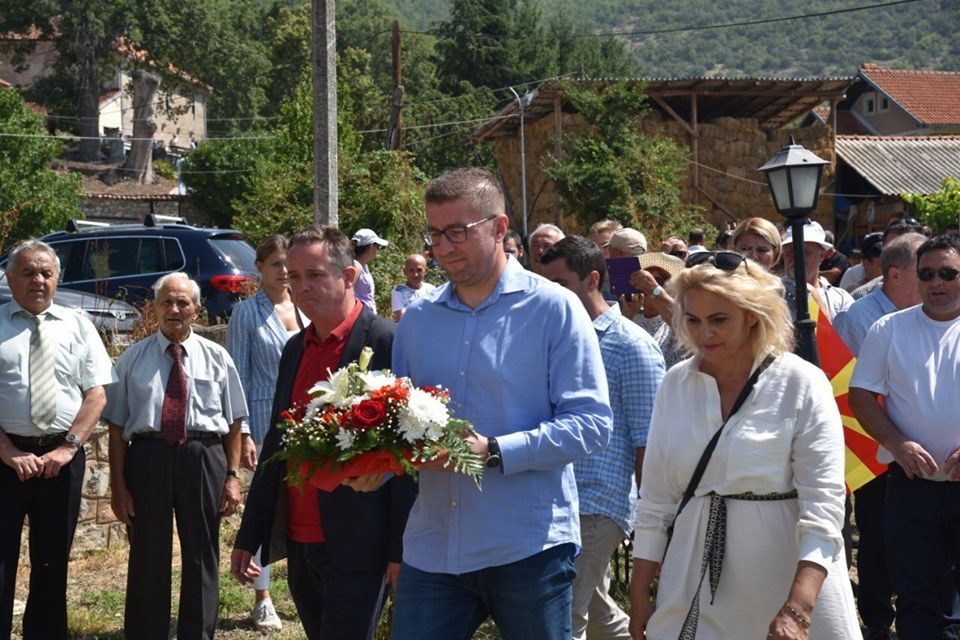 Everybody knows that the extortion suspects would have no power by themselves, if it weren’t for the backing they had from top SDSM party officials, VMRO-DPMNE President Hristijan Mickoski said today, discussing the major scandal that brought down Special Prosecutor Katica Janeva.

There were people who sincerely believed that Zoran Zaev and the now compromised Special Prosecutor’s Office (SPO) will bring some form of justice, but by now they’ve all been disappointed. This SPO is not a tool for justice, but a political tool in the hands of Zoran Zaev, who uses it to spread injustice. Their claims insult our intelligence. Everything possible is being done to protect Katica Janeva from being charged, not because she is innocent, but because she knows too much and Zaev is scared she will talk. She can say about the abuses done through the SPO, how criminal cases were rigged, how politicians were persecuted and how criminals were protected, all in the purpose of bringing and keeping Zaev in power, Mickoski said.

According to Mickoski, the only way Janeva will be charged for her role in the extortion of millions of euros from businessmen she was prosecuting is if she becomes a liability for Zaev.