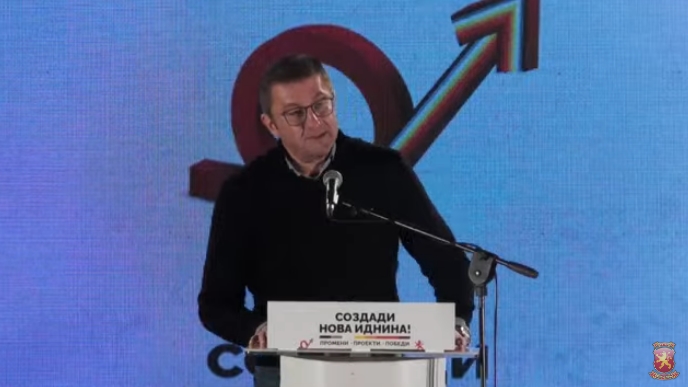 VMRO-DPMNE leader Hristijan Mickoski said at Wednesday’s rally in the municipality of Ilinden that just as DUI and SDSM make agreements on tenders and criminal deals, so they agreed to avoid responsibility for the fire in the modular hospital in Tetovo where 14 people burned alive.

Zaev and his people are surpassing themselves in this campaign. If before there were one or two scandals every day, now they are three to four a day. The madness, arrogance and intoxication from the power of the government culminates, spiced with fear of defeat, so they started to disintegrate in all directions, Mickoski emphasized.

Therefore, dear friends, October 17 is the day when we should collectively put an end to this madness, said Mickoski.