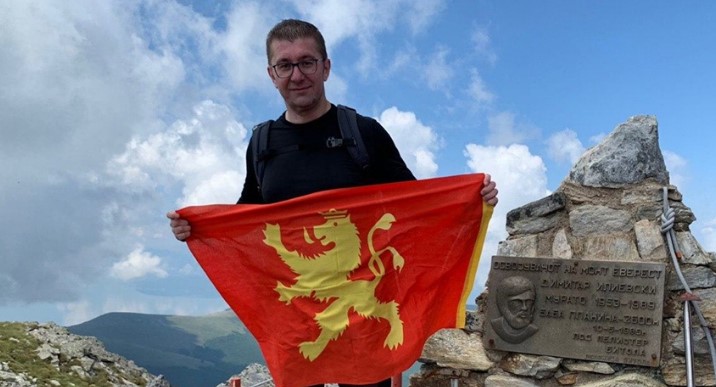 VMRO-DPMNE leader Hristijan Mickoski declared the battle to bring down the Zaev regime a “marathon, not a sprint”.

Mickoski posted the message from the top of the Pelister peak, near Bitola, adding that the victory is assured.

VMRO-DPMNE is demanding early general elections after a series of scandals involving Zoran Zaev, the latest of which forced the resignation of his major ally, Special Prosecutor Katica Janeva, who was reportedly involved in high level racketeering and abuse of office.