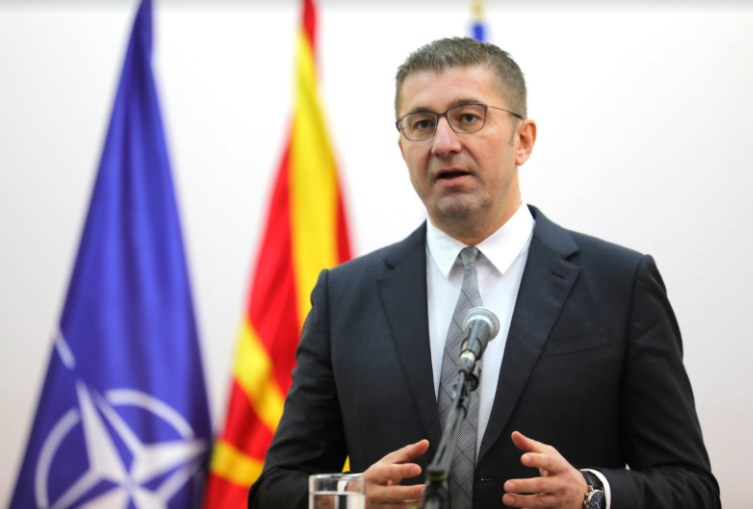 VMRO-DPMNE spokesman Hristijan Mickoski said that the party will continue to support the work of the Parliament, in line with an agreement he reached with Zoran Zaev, who lacks the majority to convene a session of the Parliament. But, Mickoski said that this applies to the issues that were agreed between the two, and that VMRO will continue to oppose proposals such as Zaev’s idea to build a huge new clinic on the outskirts of Skopje that will suck in all available resources for development of healthcare infrastructure in other cities.

Mickoski said that the agreement applies to the fifth stimulus package, that is due to be put before the Parliament tomorrow, for the appointment of new members to the board of the media regulator AVMU and the MRTV public radio television, for the retirement law and for legalization of unlawfully built homes. The Parliament descended into chaos this afternoon as the ruling majority again tried to stack the agenda, beyond what was agreed with the opposition.

The opposition leader also criticized the move by the Government to enter into direct negotiations with Bechtel – Enka for the planned and costly Gostivar – Kicevo highway, as well as for Bitola – Prilep highway and a highway link between Struga and the border with Albania. Mickoski said that the proposal could turn out to be corruption and very costly for the Government, citing issues with similar projects the company pursued in Croatia and Kosovo.

Finally, he condemned the slow vaccination push and urged the Zaev Government to prepare for vaccine production, citing examples in Serbia and Bulgaria that the process is not out of reach for countries in the region.