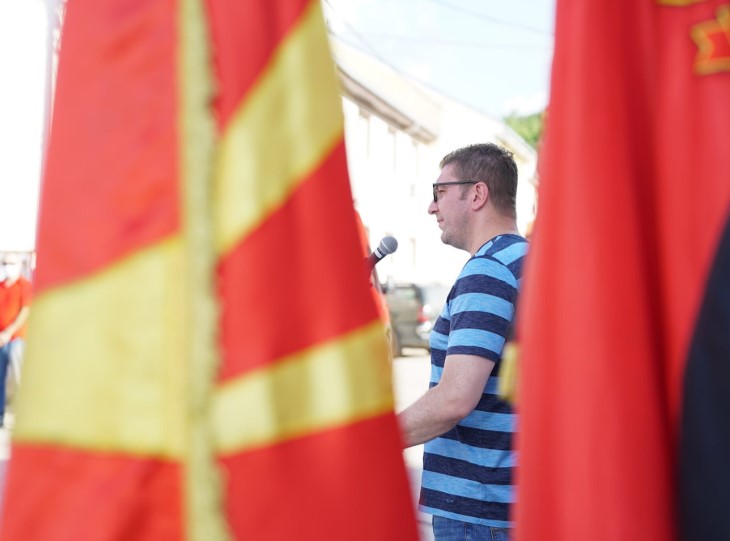 The leader of VMRO-DPMNE, Hristijan Mickoski, called for unity and determination on Saturday in Kratovo,  because, as he said, now is the time when the citizens will have to decide between two completely different political concepts.

One is what is offered by worn-out politicians lacking ideas from the time of transition, and the other is the offer of people who have a solution and know how to deal with all challenges, to the ultimate goal. And the ultimate goal is Macedonia as we know it, our Macedonia. The decision this time is between two completely opposing political offers. Shame or honor, crime and corruption, or honor and honesty, said Mickoski.

He accused SDSM and BESA of wanting to federalize and destroy the state.

A few days ago we received information that SDSM and BESA want to tear down Macedonia in two steps. First is federalization, followed by destruction. And this is not only in the minds of VMRO members. We warned about the agreements earlier and then they said that it was only in our heads, but the whole Macedonian public saw how they implemented all three agreements, said Mickoski.