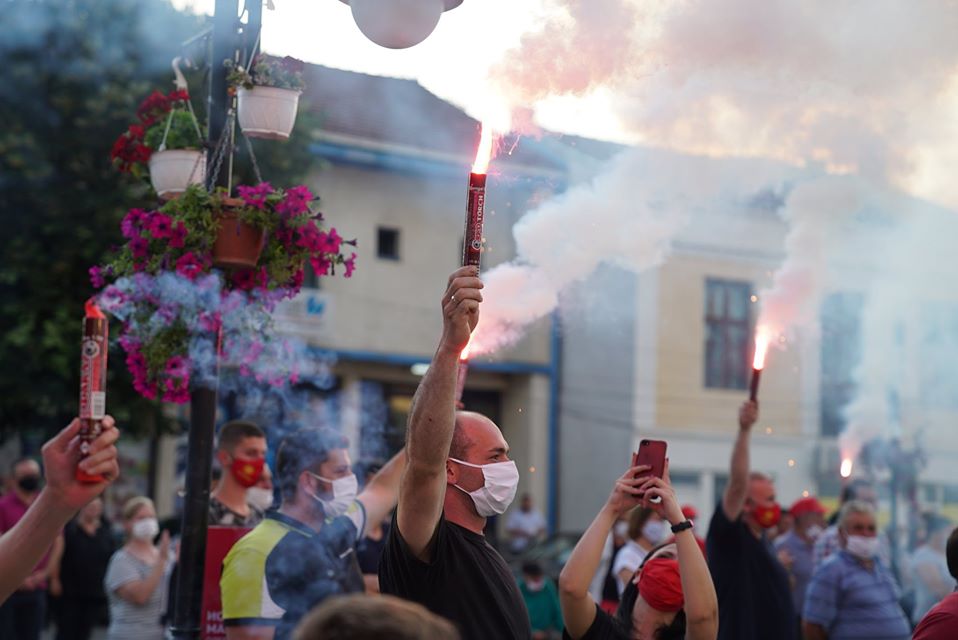 During his rally in Berovo, VMRO-DPMNE President Hristijan Mickoski warned that the SDSM – BESA coalition will lead to federalizaton of Macedonia along ethnic lines, and urged voters to rally behind VMRO to stop it from happening. Mickoski listed the numerous concessions with Macedonian national issues Zaev made and said that the next step, should he win the elections, will be a fully federal country. Mickoski sent out a similar message from his Telma TV interview as well.

We must protect the unitary character of Macedonia, Mickoski said, adding that the VMRO-DPMNE program enshrines the principle of an indivisible country.

Asked about the future post-election coalitions VMRO would be prepared to make, Mickoski said that he is only interested in an Albanian coalition partner that would accept an end to impunity and that the laws will apply to all 25.000 square killometers of Macedonia.

We will negotiate with the Albanian parties, but only if we reach agreement on the key issue of the rule of law, Mickoski said.

The scramble for Albanian votes by SDSM, which is losing among ethnic Macedonians, prompted a deepening conflict between this party and DUI, which came to the front today, as a leak showed Zaev in a discussion in which ugly slurs were aimed at Albanians.