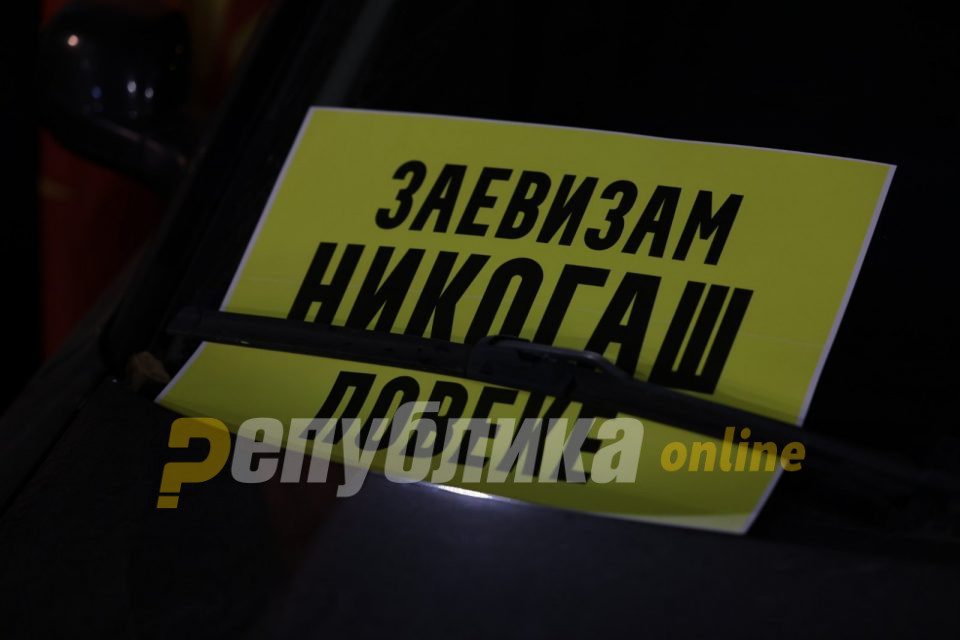 I was being ironic, said VMRO-DPMNE President Hristijan Mickoski about his statement yesterday, when he discussed Zoran Zaev’s brother, Vice Zaev, over the latest scandal implicating the “ruling family”. Mickoski personally revealed details of the scandal to journalists on Wednesday – when he shared a police statement given by the owner of a coal mining company who said that he was being extorted by Vice Zaev, and eventually had a state mining contract taken away.

The report had the main page, where Vice Zaev was named, ripped out and then replaced with a made up name “Vice N.”. Vice Zaev angrilly denied any involvemnet in the scandal, and on Thursday Mickoski mocked this denial. “I never clearly pointed that the scandal over the extortion of the Bitola based company involves businessman Vice Zaev, the brother of Prime Minister Zoran Zaev. The prosecutor’s report includes the name “Vice N.”. I don’t know why the brother of the Prime Minister jumped to the conclusion that it is him and I don’t know why all the insults he poured at me”. Mickoski was obviously joking, as on the same day VMRO-DPMNE held a press conference, announcing that it is delivering the report to state prosecutors and demanding an investigation into the tampering.

But some public supporters of the Zaev regime used the statement to claim that Mickoski is trying to retract his allegations.

Nothing could be further from the truth. I was the person who three years ago informed the public for the first time abut tis scandal and again, at the briefing this week, said that the Zaev family is plundering the Bitola coal mine and power plant and is destroying the ELEM energy producing company. This will cause a electricity price hike – it will be a direct result of the theft that the Zaev family is engaged in. I was being ironic, and if somebody was happily expecting that we will make a step back in these allegations, they should know we intend to make steps forward, Mickoski said.

Mickoski was manager of the ELEM company before the Zaev regime grabbed power in 2017.