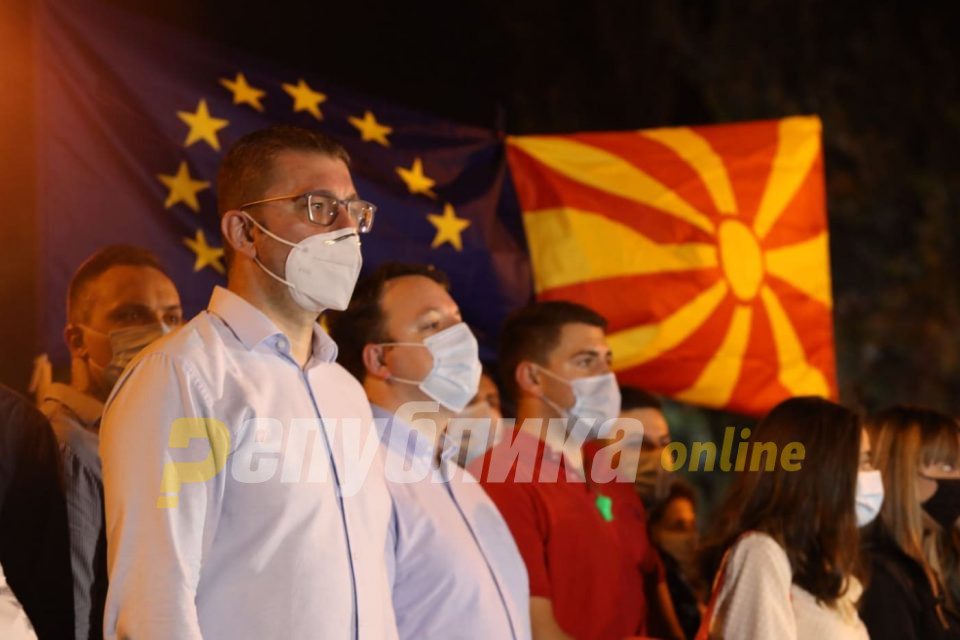 There will be more of us, we should not be discouraged. The battle will be difficult, but I assure you that in the end the people will defeat the mafia and justice will come and the sun will shine brightly for everyone in our country, the leader of VMRO-DPMNE Hristijan Mickoski wrote on Facebook, following one of the series of protests organized by the largest opposition party.

Our future must be in a country where justice will prevail, in which politicians will be obedient servants of the people. Unconditional justice means absolute justice, without justice there is no strong state. In order to have justice, the mafia must be defeated and brutally brought to justice, to be held accountable for all the injustices it has inflicted on every single citizen, regardless of ethnicity. And it will fall, I know that people will happen to the mafia, sooner or later!, wrote Mickoski.