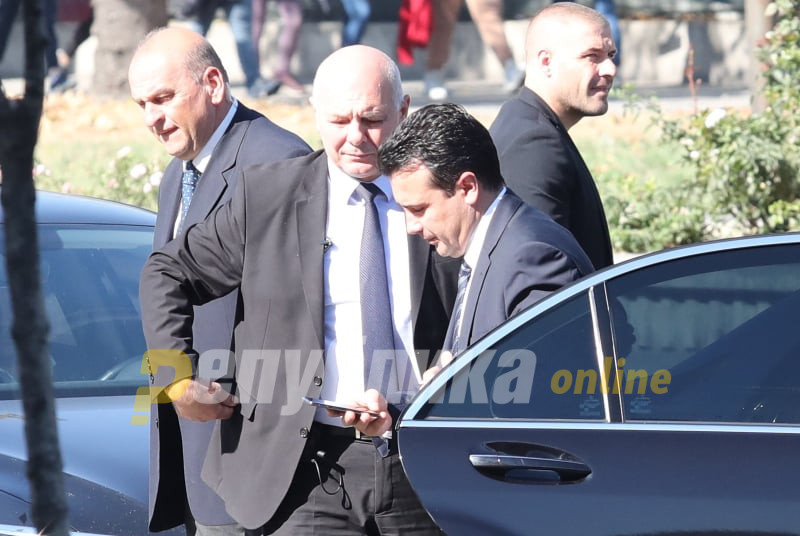 Opposition leader Hristijan Mickoski addressed the growing issue of the 2016 pardons, saying that it is the outgoing Prime Minister Zoran Zaev who is the main beneficiary of politically motivated pardons. Zaev has received pardons from two successive Presidents – Crvenkovski and Ivanov, for corruption, wiretapping and attempted overthrow of the Government, and yet his SDSM party is currently trying to press Mickoski’s VMRO-DPMNE on the issue.

SDSM made a big show over the announced move by the Constitutional Court to discuss a challenge to the law that reversed the 2016 pardons given by President Ivanov. If the court decides to overturn the law and re-instate Ivanov’s pardons, it would initially benefit former VMRO-DPMNE leaders who were persecuted by Zaev’s loyal Special Prosecutor Katica Janeva, but the move may ultimately help Zaev, who himself now faces growing corruption allegations. SDSM announced they will block the Constitutional Court from re-instating the pardons through a maneuver in Parliament, but then yesterday the ruling party quietly gave up on the idea. VMRO claims that this unexpected turn happened because Zaev realized that this strategy may endanger his initial 2008 pardon from President Crvenkovski and get him landed in prison.

Zaev again gambled badly, as he did so many times before in his career. The public can now clearly see what he is fighting for, and that is to remain the main beneficiary of presidential pardons in this country, Mickoski said.

The opposition leader again called on Zaev and SDSM to accept the VMRO proposal that individuals who accept a presidential pardon are banned from engaging in politics. He also called on Zaev to agree to a law that would allow deeper investigations in the property of the families of political leaders, given how Zaev’s own wealth is reported as very modest, despite frequent reports that his brother and cousins are having rapidly growing businesses.

This was the height of political manipulation. For a week SDSM was calling on VMRO to approve their parliamentary move, and now they withdrew their own proposal. SDSM refused to allow a clarification of the pardons law in Parliament because they realized it will undermine Zaev’s 2008 pardon in the Global corruption case. SDSM had a plan to portray VMRO as weak on crime and responsible for the political pardons but they forgot that the only active politician who has received a full pardon in Zoran Zaev, added VMRO-DPMNE Secretary General Igor Janusev.

SDSM plans to nominate Radmila Sekerinska as Speaker of the Parliament, the Albanian language ABC news site reports. According to the site, SDSM is hoping to cobble together enough votes, along with ethnic Albanian parties, to form a Government, and a first step would be the election of a new Speaker....
Macedonia 06.08.20 | 20:33