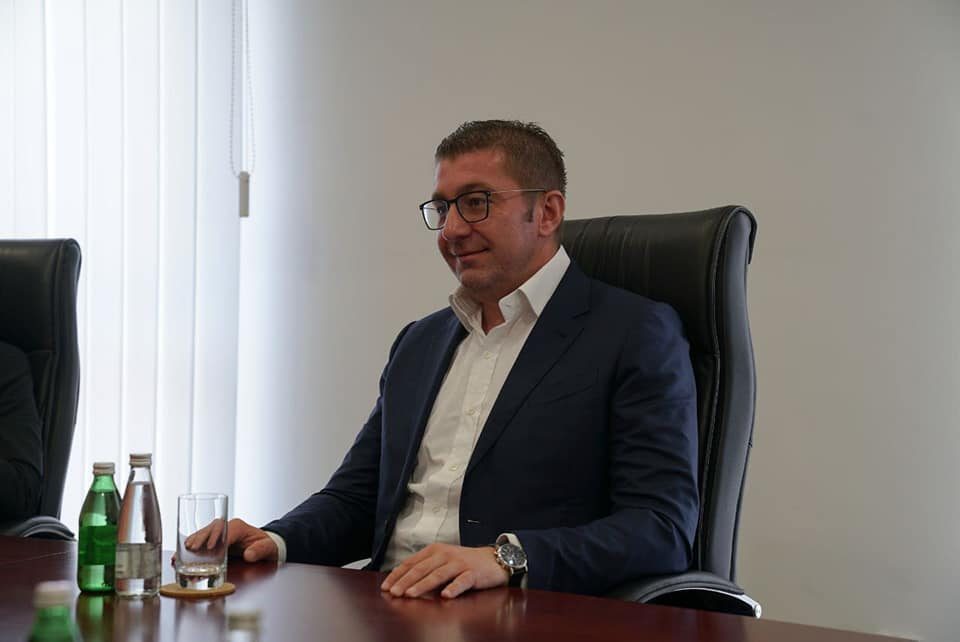 The resolution should be accepted by all political parties, without conditions, seeking excuses, said the leader of VMRO-DPMNE, Hristijan Mickoski, answering a reporter’s question in relation to the resolution submitted by VMRO-DPMNE, which should be on the agenda of the Parliament ahead today’s event of the party in Karpos municipality.

Mickoski says that the acceptance of the resolution by all political parties will mean unity that we need to start negotiations with the European Union, but above all, the state positions of Macedonia will be strengthened.

According to my information, the resolution will be put on the agenda tomorrow. I expect support from all political parties in Parliament, without conditions and without demagoguery, without excuses, I expect to beyond ourselves and show unity which I think in the coming period will be very important in the process of starting negotiations with the EU and it will only strengthen Macedonia’s position as a state, Mickoski stressed.