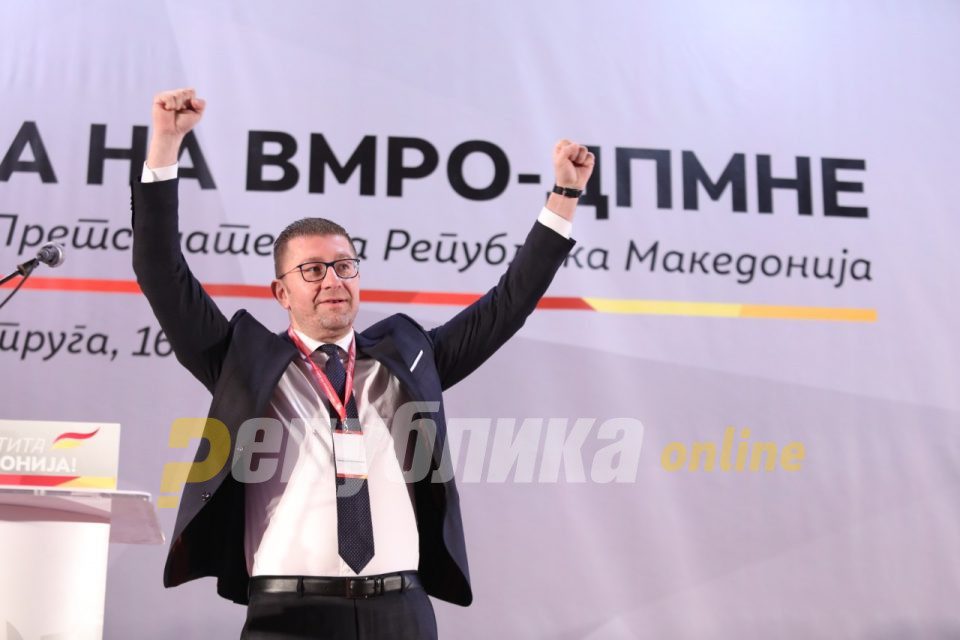 We will win, honorable Macedonia will win, VMRO-DPMNE leader Hristijan Mickoski said at the party’s convention in Struga on Saturday.

The country is at a crossroads, and every citizen has the feeling that he is constantly losing, even though he is doing his best for his life. This is because society is rotten and the value system is ruined and hope and light are needed, Mickoski said.

He added that VMRO-DPMNE has a huge motive for this fight – a successful Macedonia, which is their only goal.

I take the banner in my hands, we take it together, and I say to you: We will win! I look you in the eyes and I say: Honorable Macedonia will win!, said Mickoski.

Mickoski said that these elections will be a yellow card for Zoran Zaev and SDSM and that VMRO-DPMNE will not allow people’s voice not to be heard.

Let’s restore the rule of law!, he said.

Mickoski said he had the answer to what VMRO-DPMNE’s presidential candidate should be like.

A candidate who will show dignity, stability and fight injustice. A person who respects the Constitution, at a time when it is not respected. A person who will respect the voice of the people when nobody respects it, said Mickoski.

Mickoski announced the victory of VMRO-DPMNE and their presidential candidate.

Let’s send a message that Macedonia belongs to all citizens, everyone should vote for VMRO-DPMNE’s candidate. This is the time to vote! There is no better solution than a victory of a person from the opposition, which will be the voice and reason of all citizens of the Republic of Macedonia, Mickoski said.