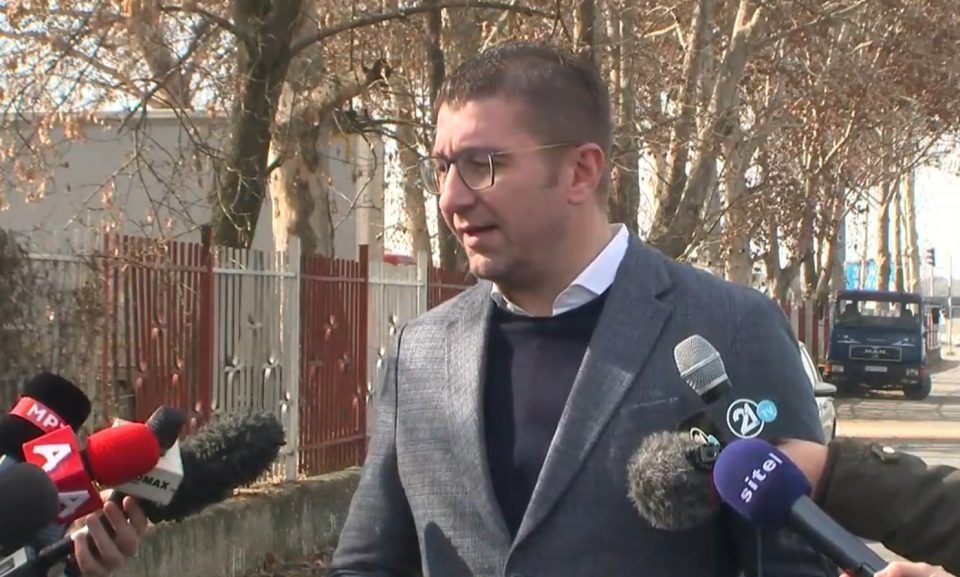 Zoran Zaev should try to reintroduce the law on identity cards under the Parliament rules that prevent filibustering, said VMRO-DPMNE leader Hristijan Mickoski. He dared Zaev to push ahead with the law that would introduce the ethnic identity of citizens in the identity cards, which is a key demand from the BESA party. VMRO gave a tentative support for the proposal, as the party is eager to have ethnic Macedonian citizens self-identify as such in the documents, but also demanded that the cards continue to use the name Republic of Macedonia.

Zaev is under pressure from Greece to introduce new identity cards under the imposed name “Republic of North Macedonia” but also his Albanian coalition partners demand that the ethnic identity is added to the cards – Albanian parties have long asked that citizens can state “Albanian” on their cards. Greece is opposed to this because it does not want ethnic Macedonians to use the term, especially on official documents. Greece does not agree with Zaev’s reading of the Prespa Treaty – Zaev claims that Greece agreed that we have the right to use the term “Macedonian” under the treaty.

Faced with this dilemma, it seems that Zaev turned to the small populist Levica party, which submitted over a 1,000 amendments, blocking the law in Parliament, letting Zaev off the hook for now. Levica’s move allows Zaev to go before BESA saying that he tried to adopt the law, but was blocked. Mickoski expects that Zaev’s coalition with BESA could collapse if he is seen as the guilty party for not delivering on the new identity cards and urged him to go ahead with the process.

If Zaev wants to have the national identity introduced in the cards, why doesn’t he re-submit the law under the procedure that prevents filibustering? I want to be identified as a Macedonian in my documents, Mickoski said. Under the so-called “European flag” procedure, meant to fast-track laws that align Macedonia’s legal system with that of the EU member states, Zaev can submit the law again, and Levica would not be able to block it with thousands of amendments.

Mickoski again blamed Levica of secretly coordinating with Zaev, and helping him out by taking votes from the right that would otherwise go to VMRO-DPMNE. “They were given logistics and other aid (from Zaev) during the elections so that they will steal our votes and now remain in his service”, Mickoski accused Levica.