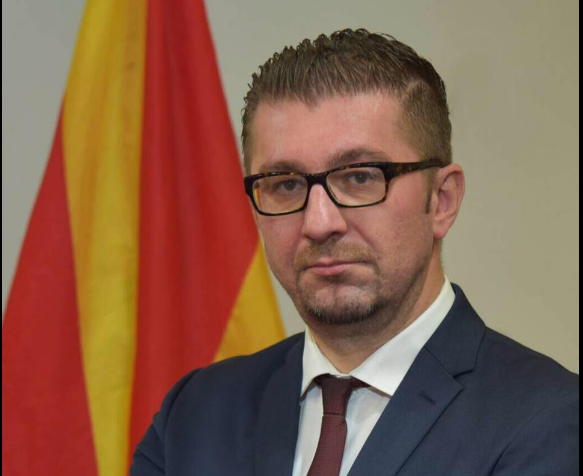 VMRO-DPMNE leader Hristijan Mickoski said that the party sees the coming presidential, and likely early general elections as a way to help the country move forward from the nearly three decades of divisions and away from the “political swamp”. Mickoski was speaking on Friday at the opening of the weekend retreat VMRO officials are holding with the US National Democratic Institute (NDI) where they will work on policies as they move forward.

Macedonia has never been more divided. Not only politically, but on the key issues such as the Prespa treaty. Zoran Zaev divided the Macedonian society with his shameless push to appeal to low, base nationalist instincts among the largest minority in the country. The citizens are badly disappointed with the mockery of the rule of law, the lack of security, and they feel demoralized, demotivated and are moving out of the Republic of Macedonia en masse. All these negative developments over the past 28 years mean that we must try and reflect on them, and prepare a plan and a vision which VMRO-DPMNE will put in place to move the Republic of Macedonia to the future, Mickoski said.

The VMRO leader said that the party supports Macedonia’s NATO membership, and the prospective EU membership, but that the way in which the Zaev Government went about achieveing it humiliated the country and will cause many consequences.

I’m happy for every move forward, but what Zaev did was undignified and dishonest. This will leave a deep scar among the Macedonian citizens. Zaev traded away the law, the justice, all the gains we achieved in the past. This is now the end of a process which probably should have ended 10 years ago, when Macedonia first met all technical criteria to join NATO. Back then nobody would dare sign such a shameful treaty, driven by his personal gain in the entire process, Mickoski said pointing out how the promises that the Prespa treaty will protect Macedonian national identity were betrayed. Even during the NATO accession protocol signing ceremony, all the languages offered on the NATO provided live stream were listed by name, while the Macedonian language was labeled with a flag emoji.