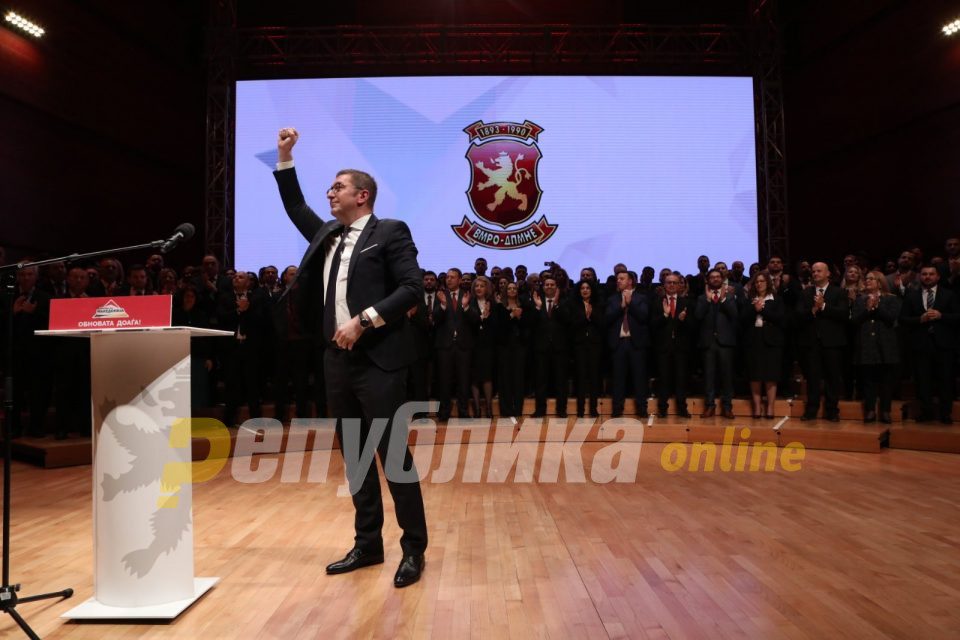 VMRO-DPMNE will win the next elections whenever they take place, said opposition leader Hristijan Mickoski during his interview with Sitel TV. But, VMRO does not want to have the country pay a price in human lives just to hold elections.

We will go to elections once the pandemic has died down and when the lives of our citizens are no longer in danger, Mickoski said, as VMRO-DPMNE and SDSM are locked in a dispute over the possible election dates. SDSM demands elections in June or early July, in a move which VMRO says is too dangerous for the voters and will result in an illegitimate, low turnout Parliament. “Let’s stop arguing over dates and try to anticipate the possible risks we are going to face. Afterwards we can talk about a date”, Mickoski said.

VMRO asked for an opinion from the Committee on infectious diseases set up by the Government regarding the elections, which sent out recommendation about how elections could take place, but Mickoski said that it was a disappointing document produced with apparently little thought going into it.

There are four sentences there about personal hygiene principles which every citizen should already know – how to wash your hands, wearing gloves in confined spaces. There is a member of the Committee who is a candidate for Parliament for SDSM. She signed the document, I have no idea how will she go canvassing. I was really surprised by how poor the document was, Mickoski said during the interview.

The VMRO leader pointed to the high numbers of newly infected patients, diagnosed even with the reduced testing that is going on, and the stubbornly high number of deaths each day to note that the conditions are definitely not ripe for elections, which will require hundreds of thousands, and possibly even over a million people to go to packed schools and remove masks while they identify themselves before the electoral committees.