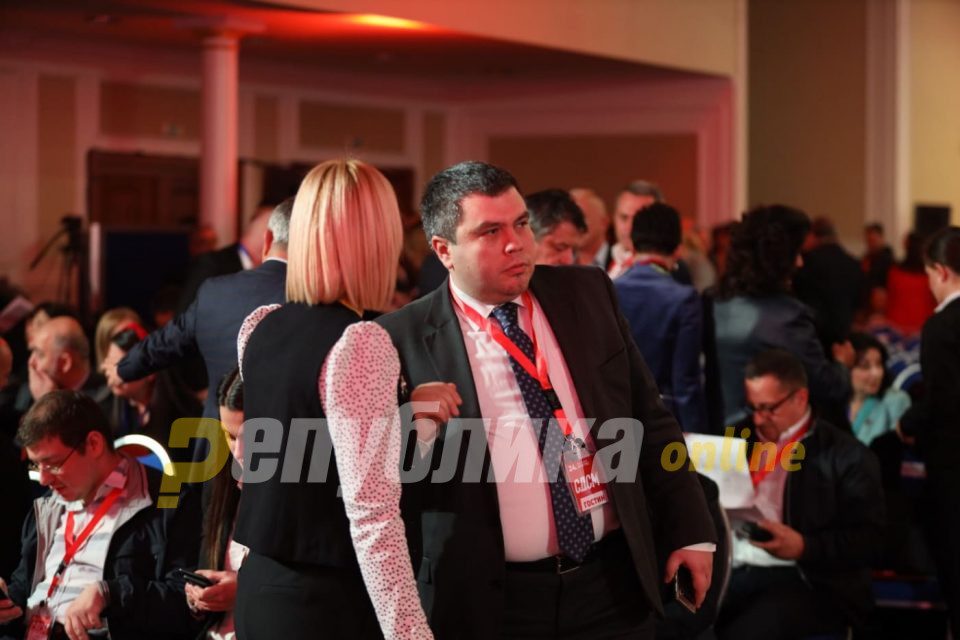 VMRO-DPMNE President Hristijan Mickoski announced that the party will hold responsible Zaev regime officials who undermine Macedonian national interests. This, Mickoski said, will include Justice Minister Bojan Maricic who is now banning private organizations from registering if they use “Macedonia” in their name and the organizers of the planned census.

This is crazy what we are going through as citizens. The only way to make it stop is that we defeat them in elections, which are coming very soon. They continue to commit crimes against the Macedonian people and the humiliations won’t stop, just as their crimes and corruption won’t stop. Their fascist moves to erase the Macedonian nation, culture and the word Macedonia, as well as our statehood, are continuing. We need to stand up against this injustice, we can’t let it pass. The Macedonian people must unify and defeat this man, Mickoski said, talking about Zaev and his accomplices.

After several private civic associations revealed that they were denied registration because they used the word Macedonia in their names, Minister Maricic announced that this is the new policy of his Ministry – that all organizations which in some way have financial dealings with the Government will need to use the imposed name “North Macedonia”.

Mickoski also announced that the party will prepare a case against the organizers of the census, which Zaev plans to include emigrants. This is to appease the ethnic Albanian parties, who fear that discounting the diaspora will greatly reduce the Albanian share of the total population. VMRO-DPMNE claims that the census will greatly distort the actual number of residents and the ethnic breakdown of the country, and that it is only being done so that Zaev can implement demands from the Albanian parties he is dependant on.

They can force through this operation and call it a census, but it will be far removed from a proper census. We proposed that fingerprint devices are used to ensure the accuracy of the census and we were told that there is not enough time to procure them. But we see that Albania began purchasing such scanners in December, for the elections that are due in April, and is able to do it. It will come a time when the director of the State Statistics Bureau will face criminal charges for what he and Zoran Zaev are dong. This will not be a statistical process, but a political operation and all its accomplices will face justice, Mickoski said.