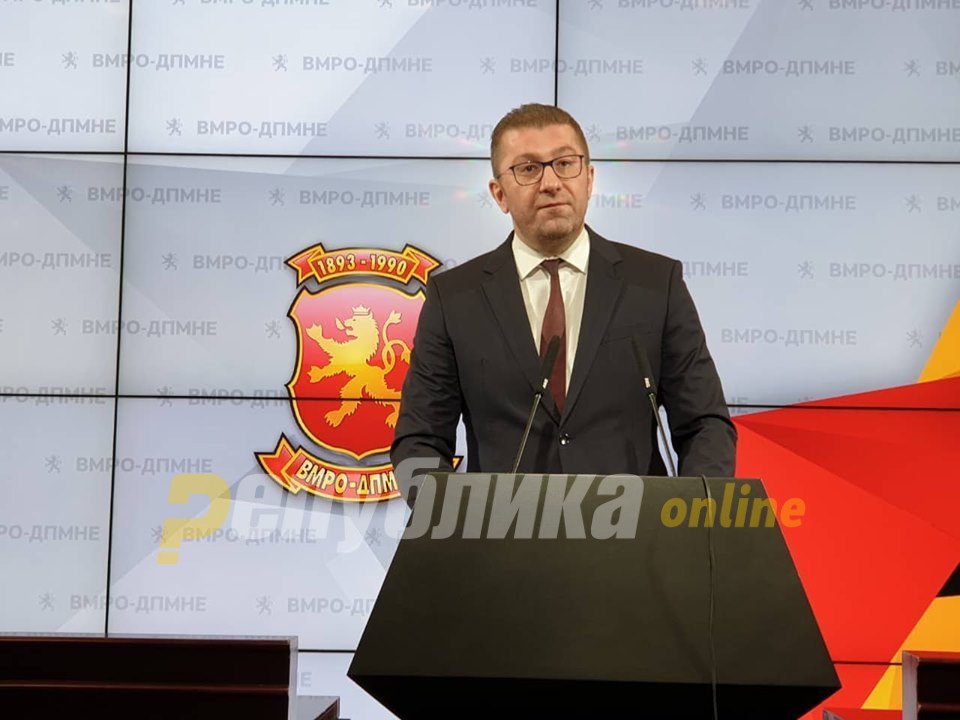 VMRO-DPMNE leader Hristijan Mickoski said that the opposition party won’t be drawn into a radicalization of the political situation in Macedonia, as the Zaev regime took a deep plunge in allegations of corruption and organized crime.

The people, which is thoroughly disappointed in the situation in the country, calls for more radical moves, but our party will not allow that. It would only have a counter-effect and will give Zoran Zaev an alibi for his unfounded accusations against VMRO-DPMNE, Mickoski said.

Mickoski calls for early elections, and has conditioned his participation in the proposed leadership meeting with the request that holding elections is the main topic of discussion. Zaev is attempting to avoid this, as his popularity sunk beneath that of VMRO-DPMNE even before the latest explosive revelations of corruption. Therefore, Mickoski has warned that Zaev would want to see the developments take a different turn, away from elections and an orderly removal of Zaev from power.