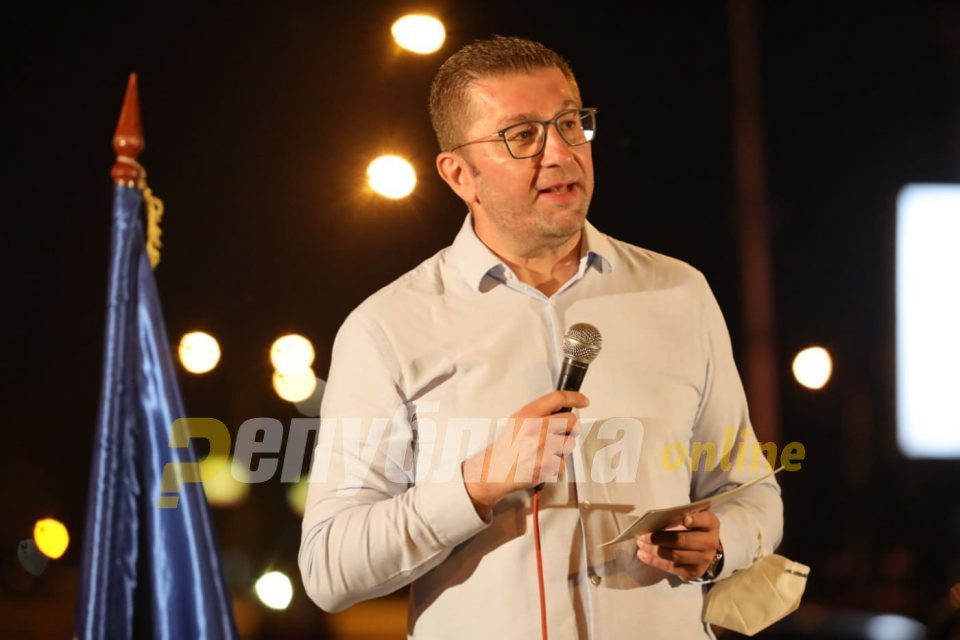 I’m disappointed and angry at the refusal of the Government to create a bipartisan coronavirus committee, said opposition leader Hristijan Mickoski during his Sitel TV interview.

The oppositions offered a lot of things, but the response from the Government was to ignore us and brutally reject our proposals. Our latest proposal was that a Covid committee is formed, like in many other countries, and to have the committee propose a strategy. But it was turned down, Mickoski said.

The current Infectious diseases committee, led by Healthcare Minister Venko Filipce and doctor Zarko Karadzovski, was rife with partisanship, including in its premature declaration of a victory over the epidemic, at a time when the Zaev regime wanted to hold quick summer elections, and its proposals to open the borders so that more emigrant supporters of ethnic Albanian parties could vote.