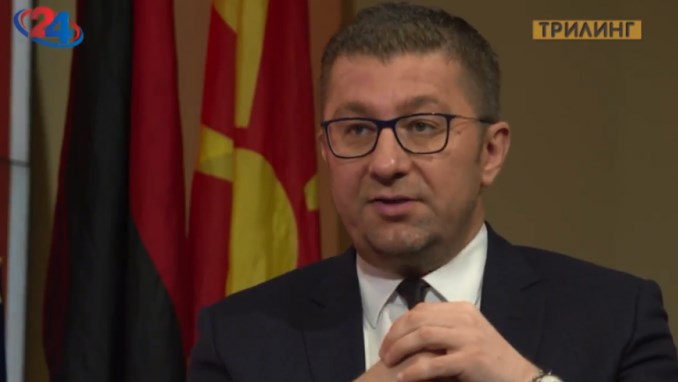 While the opposition was calling for urgent economic measures, the Government seemed to inhabit a different reality and kept persuading the public that everything is fine, said VMRO-DPMNE President Hristijan Mickoski in a TV interview. He said that the meeting of party leaders held to discuss postponing the elections and the spreading epidemic did not result in serious decisions as the ruling SDSM party was disinterested.

You notice their primitive know-it-all attitude which is extremely worrying at the moment. It’s like they don’t live in Macedonia, like they are not from around here. We are facing a disaster, Mickoski said.

Through the interim Deputy Finance Minister who was nominated by VMRO-DPMNE Mickoski called for a meeting where he would present his economic proposals before the Government, and said that he offered two serious experts to sit on a body that would decide what steps should be taken. These proposals were rejected by SDSM. The Government and SDSM party leader Zoran Zaev are panicking as the budget projections show a shortfall of over 50 percent – more than two billion EUR.

Mickoski accused the Government of equally mishandling the response to the coronavirus.

All praise to our heroes in the hospitals who are barehanded and tacking this epidemic, and to the police officers and the soldiers who are operating flawlessly. But on the part of the Government, the only person you can see day in and day out in the streets managing the situation is Interior Minister Nake Culev. And he has limited resources and is being undermined from within, Mickoski said.