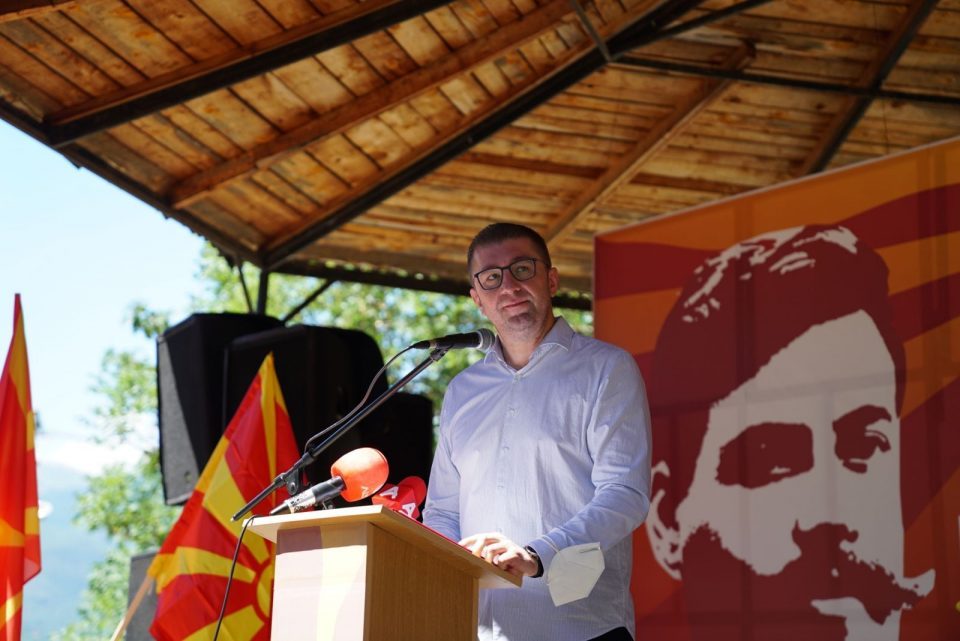 peaking at the Ilinden celebration in Tasmarunista, VMRO-DPMNE President Hristijan Mickoski said that the Macedonian struggle for freedom was hard fought and that it compels the new generations to protect it.

Both then and now we face injustices, sneak attacks and currents meant to discourage us and force us to give up. But all of us know that the struggle for Macedonia is eternal, as is the ideal of Macedonia, Mickoski said.

He made a point not to name the political opponents who have worked to undermine Macedonian national interests over the past years, but said that the country is now in a difficult state, facing serious problems.

We’ve become a society of false values and shallow people elevated to be moral arbiters, people who would be cast aside if compared to the values of the Western world. They continue to pour out their hatred and create divisions to hide their weakness and failure to deal with our actual problems. Our country is badly straying from the ideals of Ilinden, Mickoski said, addressing the outgoing Government.

The VMRO leader also spoke about the group of former party officials, gathered around former security chief Saso Mijalkov, who are trying to take over the party, comparing them to the janissari forces from the days of the Ottoman Empire, recruited to fight against their own. Mickoski said that the faction now works for the SDSM party to try and divide VMRO.
Mickoski noted that VMRO-DPMNE remains the largest party in the country after the elections, and that it will continue to fight for justice and its values and principles.

We must take our country back and return it to the Ilinden ideals of freedom, justice and unity, Mickoski said.