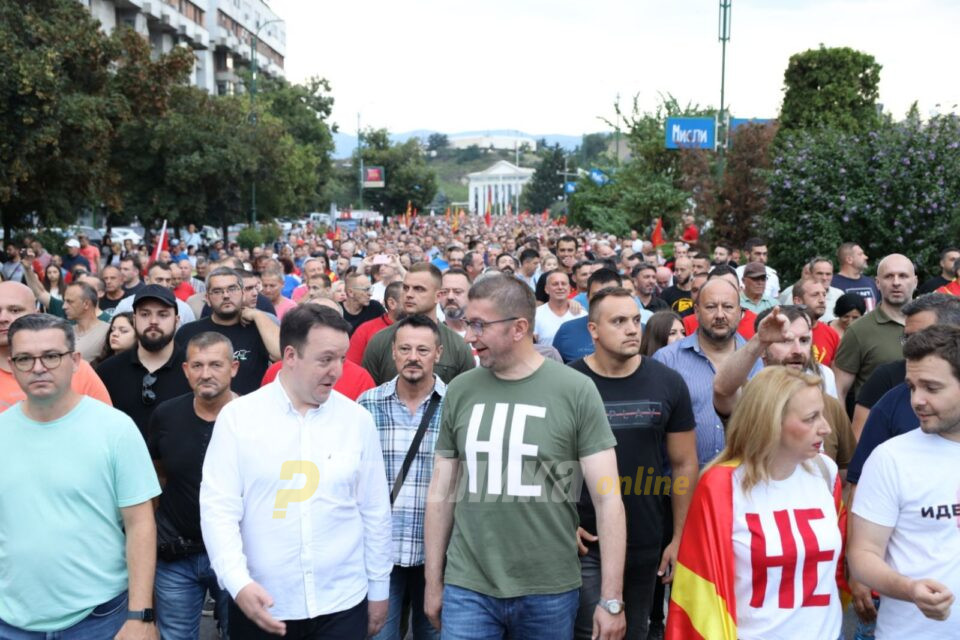 We keep on fighting, there is no stopping. In the period that is ahead of us, practically these two weeks I plan to present a proposal before the EC of the party to consider the possibility of a referendum by collecting 150,000 signatures, announced the president of VMRO-DPMNE Hristijan Mickoski in an interview with TV Sitel.

Mickoski added that the citizens should go to a referendum and declare whether or not they support the capitulation of the Government.

I believe that the citizens should give their opinion, that is, they should go to a referendum and say whether they are FOR or NOT FOR these changes that the Government signed after this diplomatic knockout and capitulation. But let the party present a position first, then the public will have more details, Mickoski said.

Mickoski indicated that this is the next initiative that he plans to propose to the EC of VMRO-DPMNE.

Let’s start an initiative to collect 150,000 signatures and hold a referendum, emphasized the president of VMRO-DPMNE.

He urged the citizens to unite against the bad policies of the government. The fact that Osmani signed it today does not mean that everything is over.