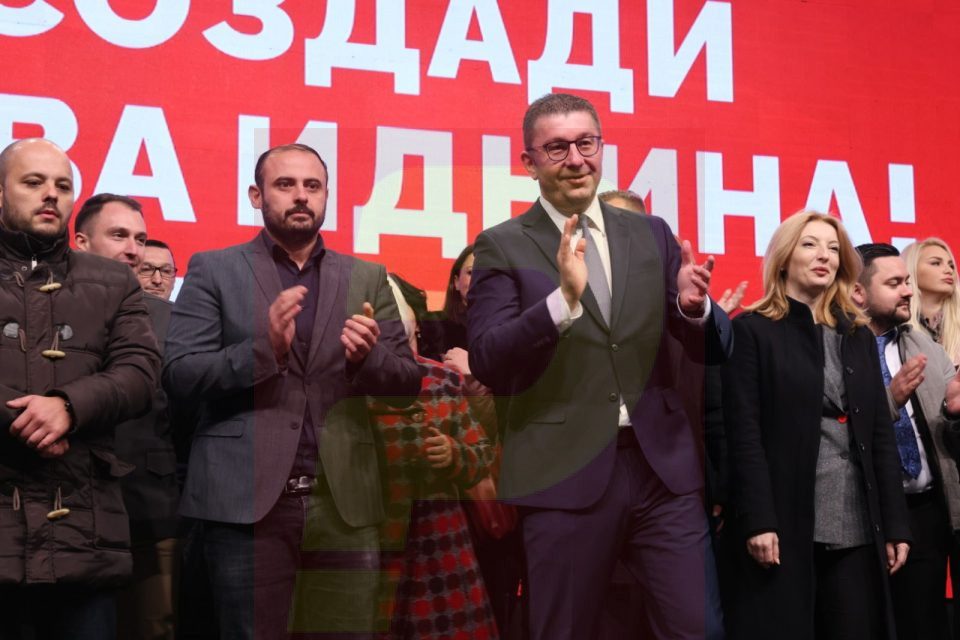 VMRO-DPMNE held its central rally of the election campaign in downtown Skopje this evening, during which party leader Hristijan Mickoski spoke of the failures of the SDSM led municipal authorities and the Zaev Government. Mickoski spoke about young people he met whose difficult lives and injustices they suffered are proof of Zaev’s failure.

In Butel I met Muhamed, whose uncle died in the Tetovo hospital fire. He tells me that he can’t accept that the blame for the disaster is laid at a faulty electric cable. He says he does not feel anger or want revenge from Minister Filipce or any other official, because his resignation won’t bring his uncle back, but that there must be accountability so that this doesn’t happen again. Another young hero I met, Bojan, lives on the foot of Skopska Crna Gora. He has to walk two kilometers to school, his books on his back. It’s only 7 kilometers from here, from the center of the city and the well lit Government residence furnished with Persian rugs. But the villages around us have no roads, no sewage. These are the heroes we must fight for and for them we will win the elections, Mickoski said. 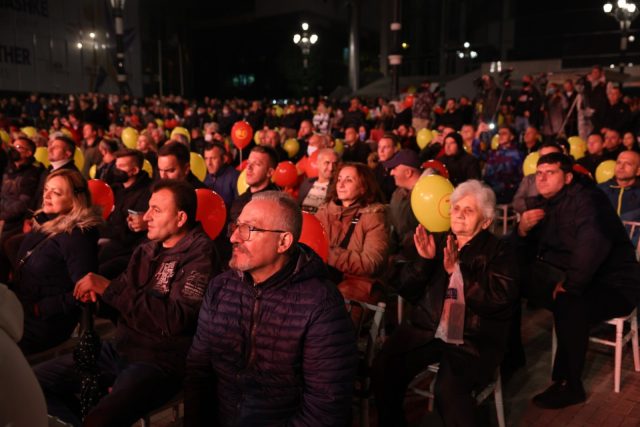 The first round of the vote takes place on Sunday. This is the first election when the two main parties in Macedonia have an ethnic Albanian partner – SDSM is allied with DUI and BESA, while VMRO competes together with the Alliance of Albanians and Alternative. These coalitions will prove crucial in te race for the capital Skopje between incumbent Mayor Petre Silegov and the VMRO backed candidate Danela Arsovska.

This is our mutual fight, for the Macedonians, the Albanians, the Turks, Roma, Serbs, Vlachs, Bosniaks. Zaev boasts that he has your votes in his pocket, but that is a lie. You are all free individuals. Zaev does not have a real coalition at the local level – he is with DUI and BESA in the central Government, but not locally. They have separate mayoral candidates. We shook hands with the AA and the Alternative, and we work perfectly in these elections, Mickoski said during a TV appearance that immediately followed the rally. 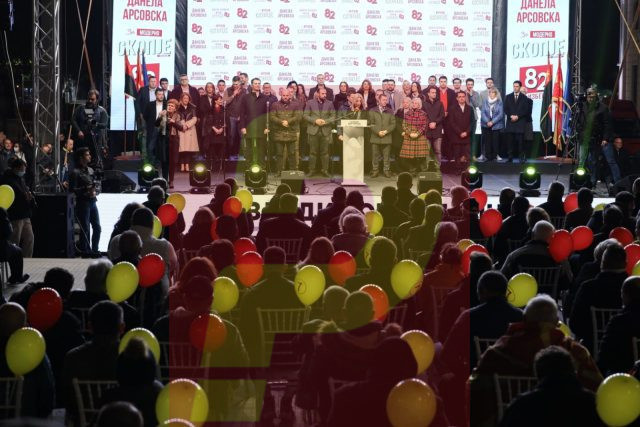 Other main speakers at the rally were Arsovska and the head of the VMRO list for the Skopje city council – former Finance Minister and university professor Trajko Slaveski.

It is time for change, after the negative campaign ran by Silegov. When you live in such a polluted city and things don’t turn for the better, you know it’s time for change. We can’t allow our Skopje to remain in the hands of this person who showed he doesn’t care for us. We deserve a proper European city, Arsovska said.