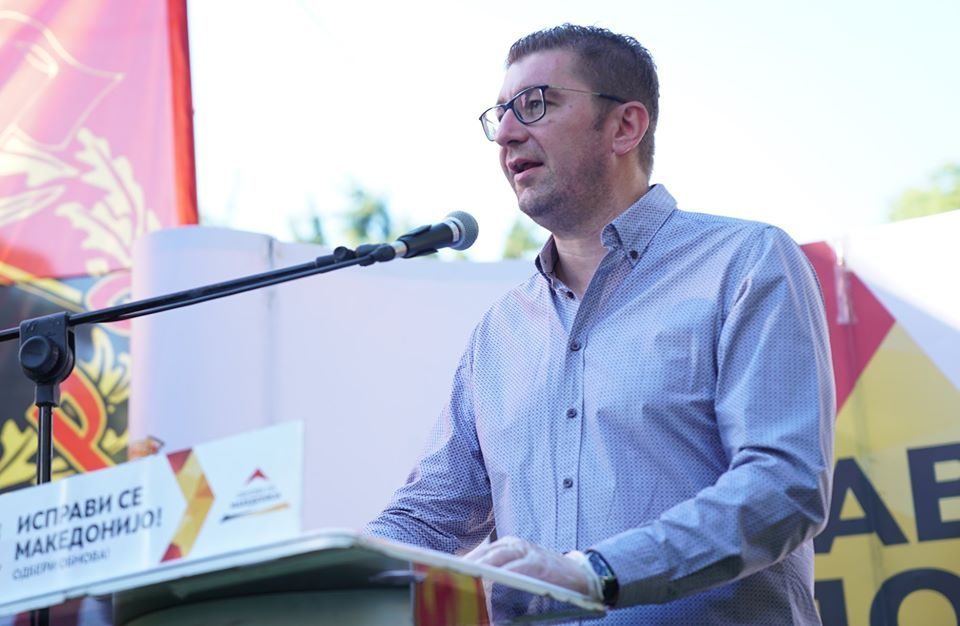 VMRO-DPMNE leader Hristijan Mickoski told citizens in Skopje’s Gazi Baba municipality on Wednesday that it was no longer a question of who’d win on July 15 but how great the victory would be.

We took careful steps and it was neither simple nor easy. There was also criticism, but this only makes one stronger and you were our motivation to be better. We won the first battle, next is the second one and it’s clear – VMRO-DPMNE is the winner, Mickoski said, adding that renewal follows after the July 15 victory.

He told the citizens of Gazi Baba that SDSM was using lies about higher wages, dignity for the young people and the farmers, while the reality was different – “young people left the country, the farmers are humiliated, and instead of justice and peace people saw unrest and injustice.”

That is why I call on everyone who supports us, even those who are undecided, and even SDSM’s supporters, to join us. Let’s liberate Macedonia first, Mickoski urged, adding that VMRO-DPMNE was fighting for values, honor, dignity, diligence, respect and humanity.