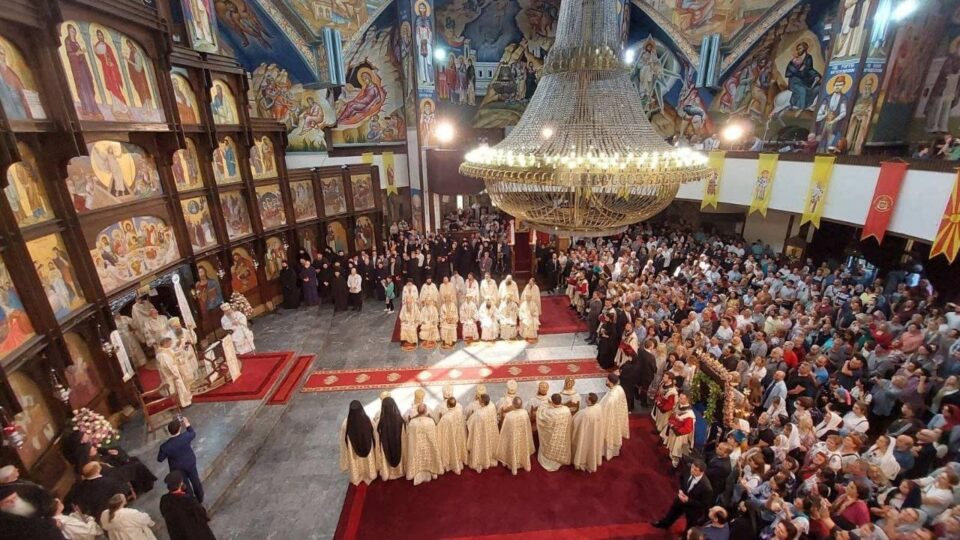 VMRO-DPMNE President Hristijan Mickoski welcomed the decision of the Serbian Orthodox Church to accept the full independence of the Macedonian Orthodox Church. The decision was announced by Serbian Patriarch Porfirij during his service with Macedonian Archbishop Stefan in Skopje, on the day when the Ss. Cyril and Methodius are honored.

This is a great day for our holy Macedonian Orthodox Church – the Archbishopric of Ohrid. Our church must be united, as should our Synod, the clergy and our people. With that, all trials will be overcome. Let’s continue forward united, Mickoski said, praising Archbishop Stefan and the Synod for their wisdom and for building bridges.

They defended our identity and the values we believe in, Mickoski added, also praising the Ecumenical Patriarchate for recognizing the place of the Macedonian church in the Orthodox world.