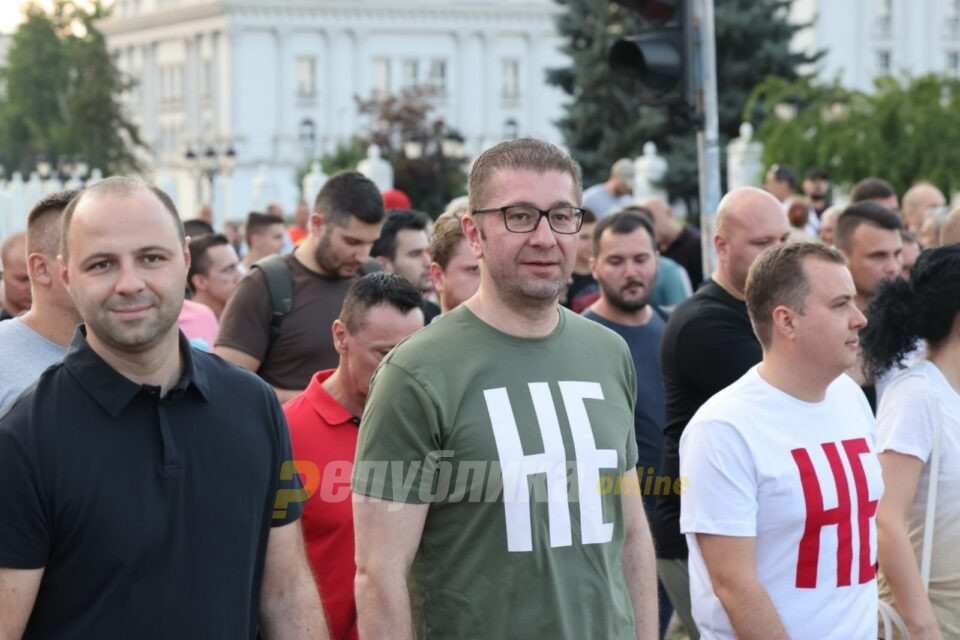 Today we gave our proposal which is the position of VMRO-DPMNE on the negoting framework, but also on the common positions of the EU member states, said tonight the leader of VMRO-DPMNE, Hristijan Mickoski, before the start of the “Ultimate – No thanks” protest. 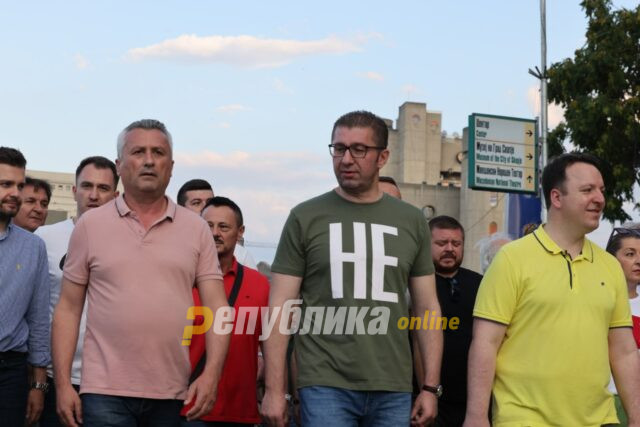 You can negotiate as our Government negotiates and take us into the abyss and not have a second option while falling into the abyss. Will we accept that option until we are in the abyss – no, no thanks. That is why we say no to assimilation. And instead of consulting with us, they conducted exhibitionist negotiations. I will remind you of the Lisbon Declaration back in the early 90s, when Macedonia was becoming an independent state, there was a conclusion that the name of the state should not contain the word Macedonia, and then it was changed. So, with a smart approach, a rational approach, an approach that is a national Macedonian approach, everything can be changed, said Mickoski.

Regarding today’s meeting of party working groups in the MPs Club, he emphasized that he does not see the purpose of continuing these talks, pointing out that VMRO-DPMNE stated their positions.

As proud Macedonians, dignified Macedonians, what we were, what we are and what we will remain, proud of our ancestors and the sacrifice that our ancestors gave so that we could have this independent Macedonian state, which speaks the beautiful native language Macedonian language, recognized and codified since the last century, Mickoski pointed out.