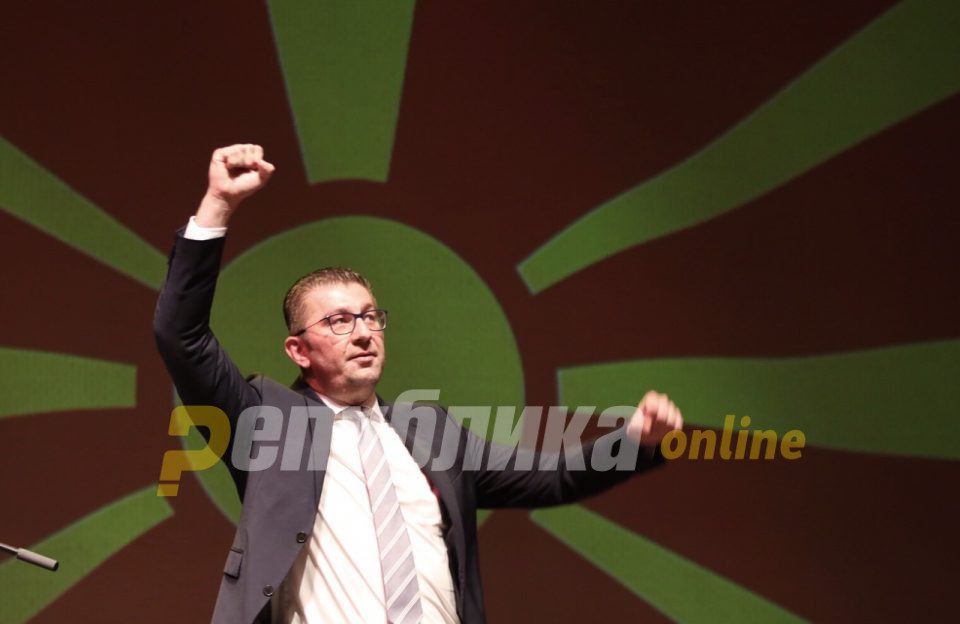 The leader of VMRO-DPMNE, Hristijan Mickoski stressed Tuesday evening on TV Alsat M that if Zoran Zaev would like to know the steps and programs of VMRO-DPMNE in relation to the Prespa Agreement, he should dare to call early elections.

He said that if in the next parliamentary elections VMRO-DPMNE came out with a program, promising that if it wins, it will need 80 MPs and a Badinter majority to restore the Constitution before Zoran Zaev happens to the Macedonian political scene, fighting to do it. In the future, the leader of VMRO-DPMNE added, maybe there will be several programs and offers that will be presented to the people, and he said that as a politician he will not pronounce the name of the state with the adjective North.

You will never hear me, as a politician, say a name with the adjective of our country’s constitutional name, regardless of whether the reality is what it is, or it will be different the way I imagine it, said Mickoski.

Mickoski asked whether it was a violation of the Constitution if he said only Macedonia and said that it was not for him.