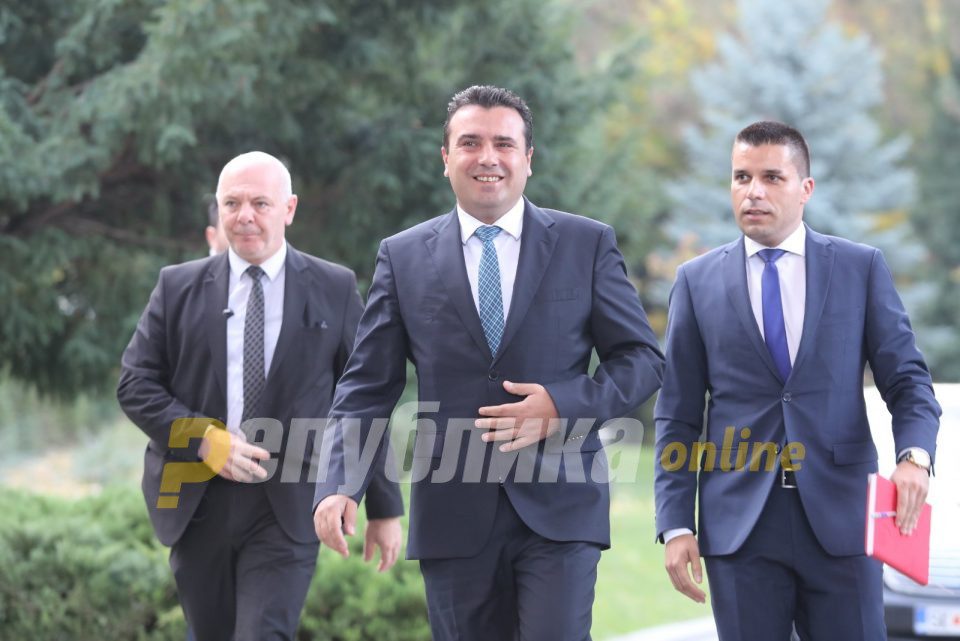 Zoran Zaev has become the bankruptcy manager of Macedonia, with Katica Janeva and Vilma Ruskoska by his side as his main assistants, said VMRO-DPMNE President Hristijan Mickoski, as evidence of Zaev’s involvement in the major racketeering scandal grows daily.

Zaev needs to respond what was he doing meeting Katica Janeva and what was his brother doing meeting other Racket defendants? On top of the marijuana plantations, it turns out that racketeering was the other main source of income for the Zaev family. But the good news is that this ends in two months, on April 12, Mickoski said.

In a matter of days, it was revealed that Janeva was visiting the Government quarter on Mt. Vodno where Zaev has his residence, and the other Racket defendant Zoran Mileski – Zoki Kiceec was visiting the Goernment building and met with Zaev’s brother Vice. At the same time, VMRO-DPMNE member of Parliament Antonio Milososki presented an audio recording to the prosecutors that reveals how Zaev was closely involved with the third key person in the racketeering group – Bojan Jovanovski – Boki 13.