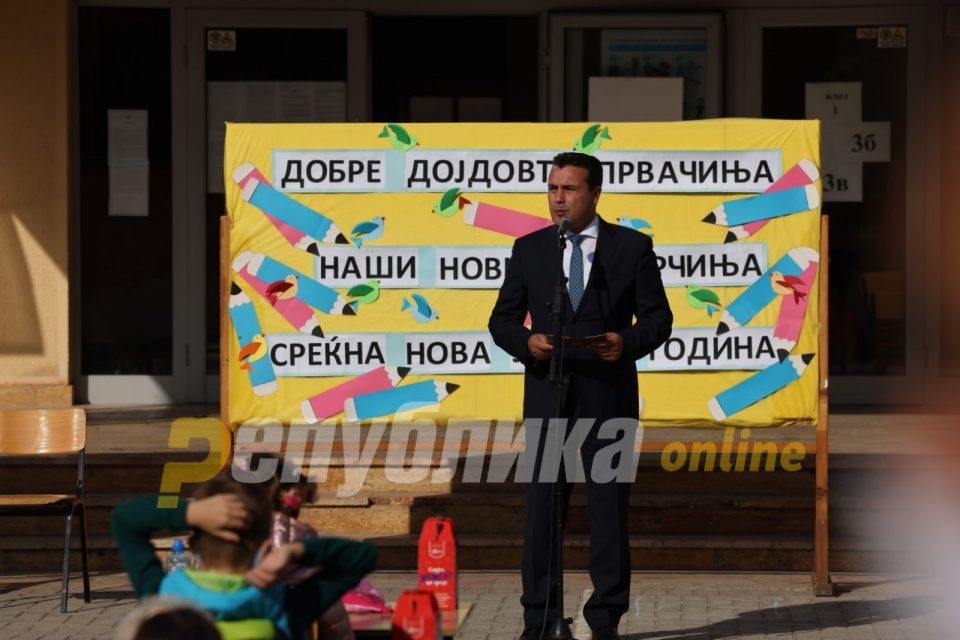 During his Facebook live chat, VMRO-DPMNE President Hristijan Mickoski blasted the Zaev Government for failing to put in place a program to provide IT equipment for poor families with children who must attend school online. Most high-schools and elementary school pupils in grades 4 to 9 have online classes but tens of thousands of families lack computers necessary for this.

There were 4,6 million EUR were paid in bonuses to prosecutors in the Special Prosecutor’s Office. This could’ve bought 18,000 to 20,000 computers that could be handed to families. Add to this the 8 million EUR the Government spent in new cars and other luxury items for its establishment it could buy 35,000 units. But Zoran Zaev hose instead to insult and humiliate the pupils and their parents who are forced to provide the basic needs to their children, Mickoski said, when asked by a Facebook follower who said he has a salary of just 250 EUR on which he must procure a computer.

Zaev told families that the Government will prepare a program of subsidies but only for the latter half of the year. So far the only measure in place to help these families is a tax offset for purchases of IT equipment that will be in place over the coming weekend. IT retailers have responded to the tax break announcement by hiking prices.

Mickoski said that the Government is also ignoring the VMRO-DPMNE proposal to abolish the fee public universities collect from their students.