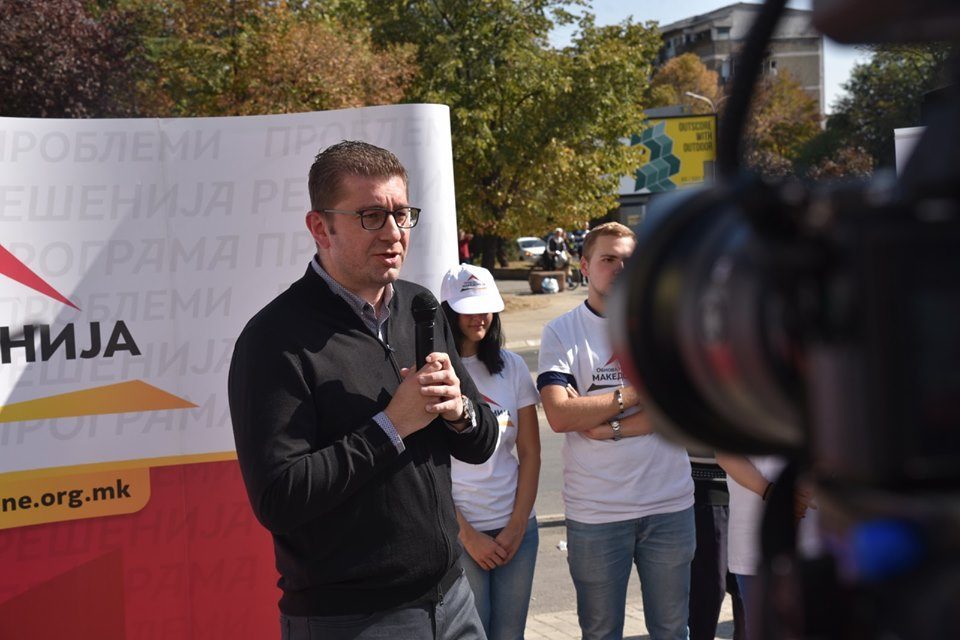 VMRO-DPMNE President Hristijan Mickoski said that if Macedonia is denied the EU accession talks next week, the fault would clearly be on the shoulders of Zoran Zaev. The main issues, Mickoski said, are the major racketeering scandal and the subsequent refusal by Zaev to compromise on the law on state prosecutors. Talks failed as Zaev insisted that only prosecutors loyal to his party are allowed to investigate the racketeering allegations that keep getting closer to his inner circle.

Any date to open accession talks would be heavily conditioned, and, according to my information, even such a date could possibly be denied. Clearly the national humiliation they imposed on us was not enough. Our partners can clearly see that the country is ruled by criminals and is being devastated. For this reason, it may not only come with strings attached, but may not come at all, Mickoski said during a meeting with supporters in Skopje’s Karpos district.