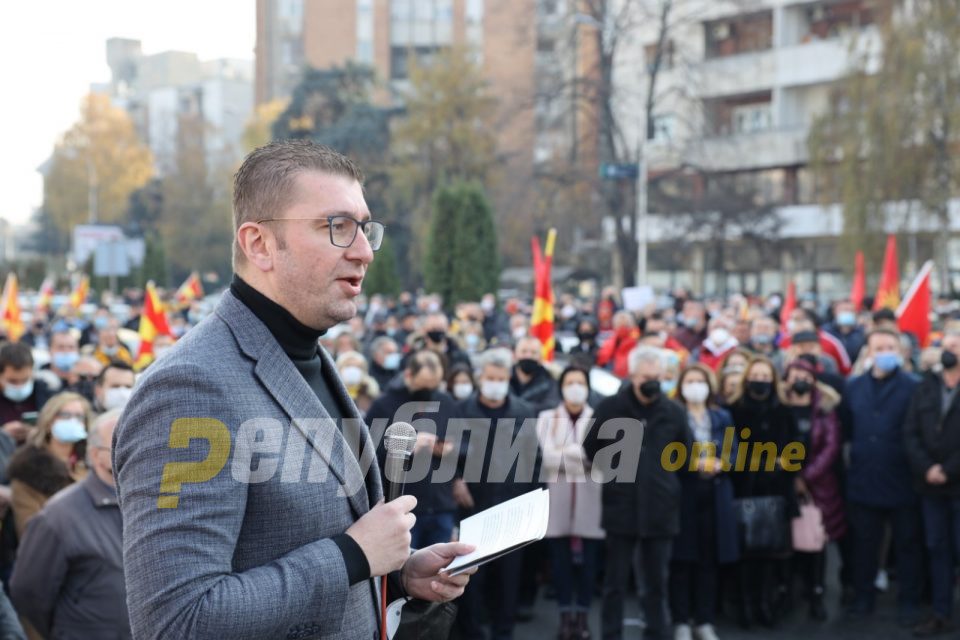 VMRO-DPMNE leader Hristijan Mickoski called on the public to come out in support of the protest held today, reminding them of broken promises by Zoran Zaev and his SDSM party. Mickoski reminded of Zaev’s pledge to bring major IT investments in Macedonia, including from companies like Facebook and Google.

Google and Facebook did not came and neither did the five unnamed companies Zaev insisted are coming to Macedonia during our televised debate. Macedonia is now officially in recession with projected economic decline of 5.77 percent for the first nine months of the year. They need to resign for their incompetence, and then be held accountable, Mickoski said.