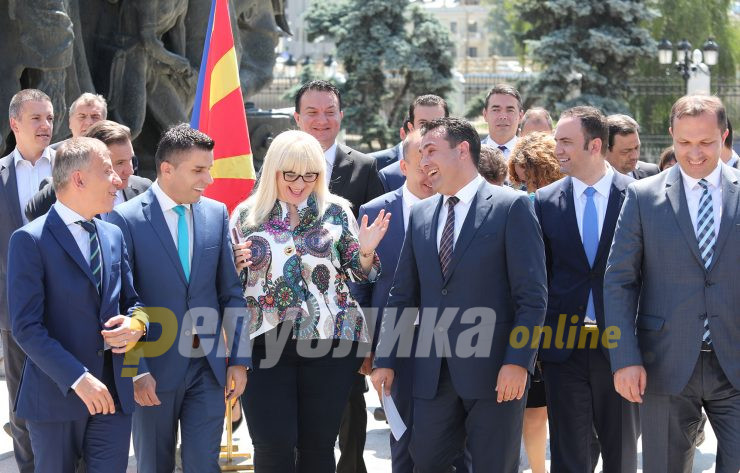 Zoran Zaev and his SDSM party saw their popular support cut in half, says opposition leader Hristijan Mickoski, who went through their numbers in the last several electoral cycles.

He points to the dramatic drop in support for Zaev’s party as evidence that the Macedonian public rejects his corruption and his foreign policy. Macedonia holds another round of early general elections in April 2020, after the now outgoing Prime Minister Zaev failed to secure the opening of EU accession talks even after the humiliating name change he imposed on the country. Zaev is pushing for another pre – election coalition with DUI in an attempt to fight VMRO-DPMNE to draw similar to the one in the first round of this year’s presidential elections, but DUI is so far noncommittal.

VMRO-DPMNE calls on Healthcare Minister Venko Filipce to resign as the coronavirus epidemic continues to wreak havoc across Macedonia and the death toll rose over 720. Under Filipce, we had another medical professional die of the epidemic, we have 117 deaths and 3,166 newly infected patients in just...
Macedonia 26.09.20 | 20:56