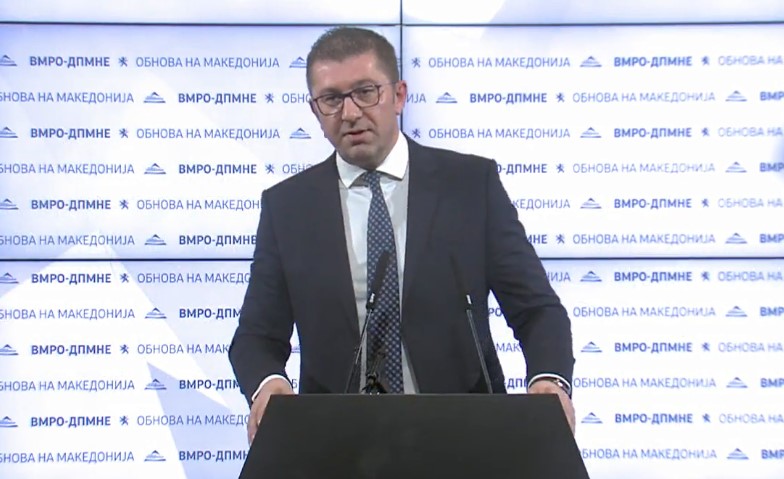 The VMRO-DPMNE leader has announced that the party will submit nine remarks on the Law on Public Prosecutor’s Office. He emphasized that they want a quality law and not as Zaev’s hybrid regime wants a law on amnesty for crime and injustice.

That’s why VMRO-DPMNE, on the basis of internally conducted analysis and external consultations with people who are eminent law professors throughout Macedonia, lawyers, prosecutors, and experienced judges made remarks on what SDSM now proposes, Mickoski said.

The aim is to make a real reform law. And not a law that will be the protector of crime and Zoran Zaev after April 12. They again propose the establishment of a special prosecution with enormously high salaries and bonuses for a special set of privileged prosecutors at the detriment of prosecutors in the regular prosecution. They propose a law that is anti-constitutional and contrary to criminal law. The law imposes an obligation on the Council of Public Prosecutors to transfer prosecutors from the SPO to the new organized crime prosecution office, which is unconstitutional and unlawful, explained Mickoski.