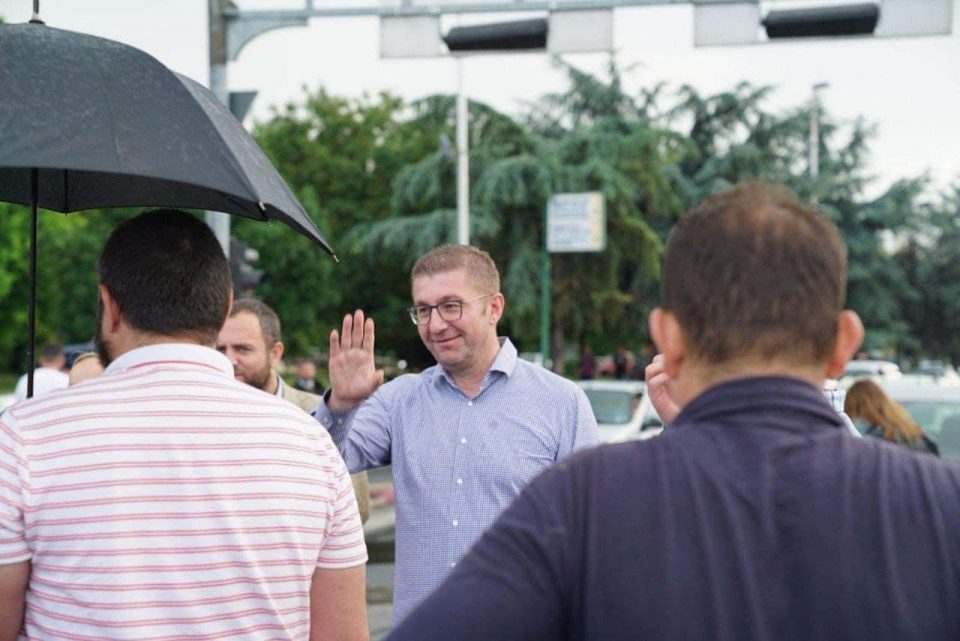 By now it’s obvious that Zoran ZAev lied and that his 2017 treaty with Boyko Borisov did not resolve problems – it is creating new problems, said VMRO-DPMNE leader Hristijan Mickoski in a social media statement, as he joined protests the party is conducting in Skopje and across Macedonia. Mickoski warns that Zaev is secretly negotiating expanding the treaty with Borisov, that will lead to new, even greater Bulgarian claims against Macedonian national identity and history. Bulgaria insists that its positions are included in Macedonia’s EU accession talks.

Zaev can’t continue to hide from the public and avoid revealing what is being negotiated. He needs to go before the press and inform the citizens about the new additions that Sofia demands are made part of the EU accession process, Mickoski said.