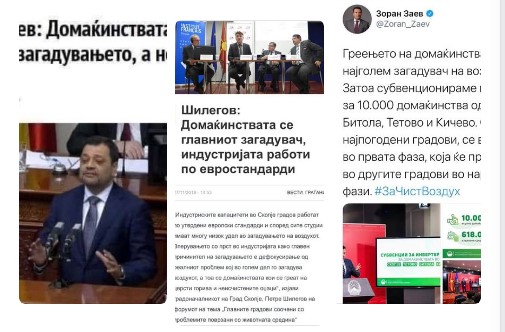 The Research Reporting Laboratory and the Macedonian Radio Television in the documentary “Conspiracy against the Air” raises the issue of air pollution in Macedonia, as well as the fuel oil that was imported to us. The episode reveals wrongdoing in relation to air pollution.

Mickovski: All of Europe blocked the AstraZeneca vaccine, while our government paid the fake deposit for AstraZeneca

“Air pollution in Skopje will increase by 30 percent until 2025”