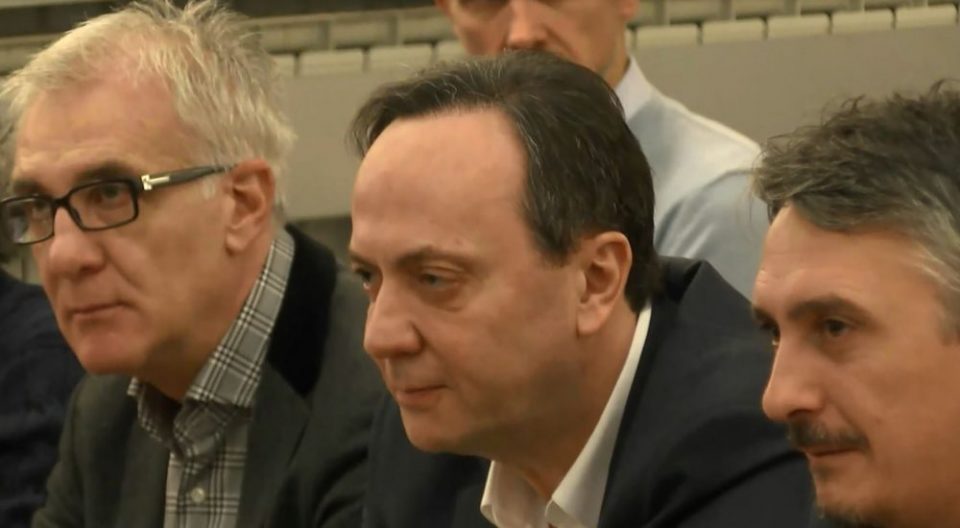 During a cross examination on Tuesday, former UBK intelligence service director Saso Mijalkov questioned its office Zvonko Kostovski about the 2015 wiretapping affair which caused the political crisis in Macedonia.

Kostovski is the UBK officer who initially admitted to abusing the wiretapping equipment in the UBK to record conversations of top Government officials, including Mijalkov, and sharing them with the then opposition SDSM party. This, he said, was done in coordination with another office – Georgi Lazarevski, and former UBK chief Zoran Verusevski. As SDSM expanded its influence in the judiciary, and eventually seized power, Kostovski and Lazarevski began presenting themselves as “heroic whistleblowers” and a grateful Zaev eventually had them return to the Ministry, while nominating Verusevski as one of his top advisers. Mijalkov and a number of UBK officials were charged of, basically, wiretapping themselves.

During the hearing on Tuesday, Mijalkov claimed that Lazarevski has amassed 100.000 EUR on his bank account and has stocks worth more than 40.000 EUR, and asked Kostovski if it’s possible that an UBK officer paid 500 EUR per month can make such money. Kostovski replied that the claim is not true.

Mijalkov also questioned Kostovski about the mechanics of the wiretapping and the way in which he got the recordings out of the UBK building. Mijalkov demanded that Kostovski presents evidence for his claim that a computer was set in Mijalkov’s office and was used to listen in to the recorded conversations. Mijalkov reminded Kostovski that he and his brother Vladimir Mijalkov were among those wiretapped and asked him to explain how is it that he allegedly ordered the UBK to record his own fmaily and phone conversations. Kostovski, secure in the protection he currently enjoys, was largely repeating the narrative he and SDSM party affiliated media outlets have been spreading for the past several years.