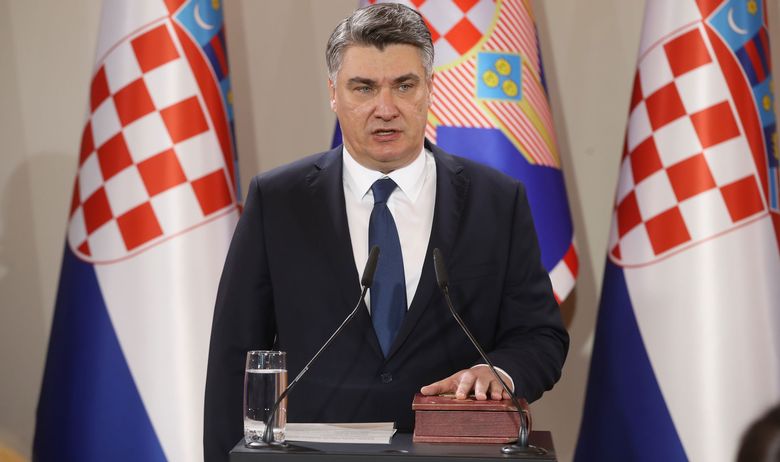 Macedonia has fulfilled all the democratic conditions to open EU accession talks, but it is constantly being “kicked” around by whoever wants to, President Zoran Milanović said on Thursday after Sofia criticized his statements about Bulgaria’s policy on the EU membership aspirant.

During the Brdo-Brijuni summit on the Western Balkans on Monday, President Milanović sharply criticized Bulgaria for demanding that Macedonia change its history textbooks as a condition for its accession.

Milanović then said he would openly oppose an aspirant country being asked to “define its national genesis in the way requested by a neighboring state” in history textbooks.

He added that the “Croatian experience is that it never ends well for those who exert pressure.”

“They are used to treating Macedonia as a ‘side kick’, someone that you kick to the side and if you have some internal political problems that you can’t resolve then you can always punch Macedonia. That’s not OK,” Milanović said addressing reporters.

According to Milanović, “this country and its people have already paid quite a high cost.”

“They are playing an exemplary game and following every rule. They have fulfilled every democratic condition that anyone could imagine. It is a multinational state with a sizeable Albanian community and that cooperation is exemplary,” he added.

Croatia’s President also recalled that the former Yugoslav republic had also “ceded to Greek demands to add the adjective North to its name Macedonia.”

“They were finally accepted in the dead poets society and now, this condition – which truly intrudes into intimate space,” said Milanović, adding that the country has fallen victim to apathy and “even elementary empathy.”

“That is not what you do in the 21st century. That is not the basis for coexistence in the European Union tomorrow,” he said.