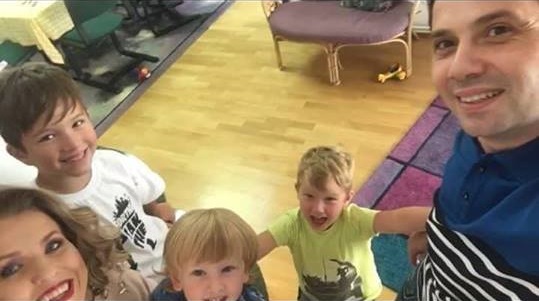 Political prisoner Mile Janakieski entered into a ninth day of his hunger strike in the Sutka prison near Skopje.

The former Transportation Minister is the primary target of the Zaev regime at the moment, with half a dozen of various criminal investigations, and was already beaten up by Albanian terrorists in Sutka earlier this year. Following this attack he was released into house arrest, but was re-arrested last week along with two other high ranked VMRO-DPMNE officials.
Mile is reportedly exhausted and is refusing any food and is in a poor state, both mentally and physically,

His wife Sanja wrote a letter to the public asking whether the entire campaign to prove that Macedonia is a country based on the rule of law is reduced to arresting and re-arresting her husband.

I know many have biases against us and my husband, for various reasons, various misinformation, speculations and rumors which were being offered around. What I know is that what’s happening to my family is not justice. Anybody who analyzes the situation deeper will see that. Not just because of the content of the cases aimed at him, but because of everything that is happening in our country. He has been on a hunger strike for a week. It’s reported in passing, as if it is not a big deal. Their fight for justice was reduced to “arrest Mile again”. And, what? Where are the millions, no billions they said were stolen? Mile is on trial for alleged violations of procedures. Everything else you hear is just propaganda. I’m not asking for mercy! I demand justice!, Sanja Janakieski writes in her open letter.